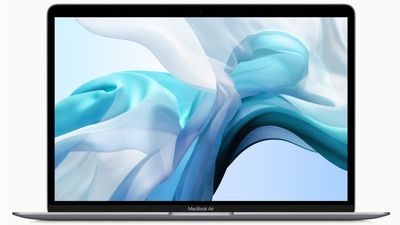 model MacBook Air , the details of which were announced on July 9, 2019, showed that the loading performance of the SSD has dropped significantly compared to the previous model, according to a review of Consomac in the Apple related information site in France Yes.

The 2019 model MacBook Air has a new True Tone-compatible Retina display that changes color according to the surrounding environment, but the price has dropped 15,000 yen from the 2018 edition MacBook Air, which was 134,800 yen. You

However, behind this pricing, benchmark tests have shown that SSD performance has dropped significantly.

The image below is the result of benchmark test of 2019 year model MacBook Air with 256GB storage capacity. As a result of speed test of SSD using 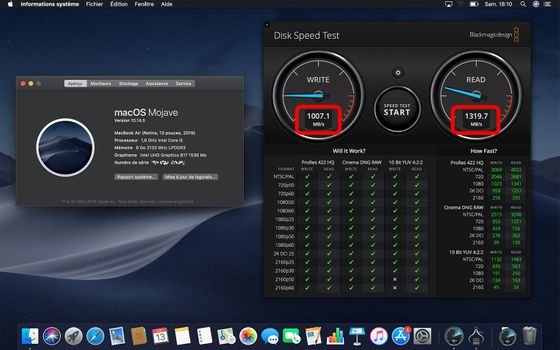 The results of the benchmark test are summarized below.

While the loading performance of the SSDs has dropped, Consomac concludes that the overall performance is 'very comfortable, with enough performance for the average use of the MacBook Air.' Most users say they will not notice the performance degradation of SSDs. In addition, for those who want to pursue performance, it was recommended to select the 256GB model, which is twice as fast as the 128GB model , for the SSD write speed.

According to Apple's news media, 9to5Mac, 'A compromise on SSD performance will be a fair trade-off in general, considering the significant price reduction from the previous year's model.' In addition, PC performance is greatly affected not only by storage, but also by CPU , GPU, and RAM , so 'a 35% drop in the loading speed of SSD does not mean a 35% drop in performance' Shows the perspective of