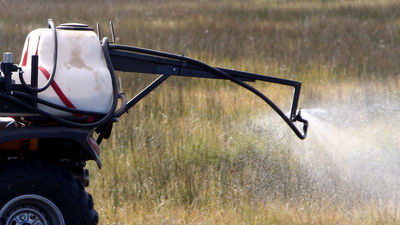 The most prominent insect pest in urban areas is the cockroach, and there are many opportunities to meet when it gets hot, so it is necessary to prepare an insecticide, but according to the researchers, cockroaches resist resistance to the insecticide during generational changes. It has become clear through experiments that it is possible to rapidly acquire sex. 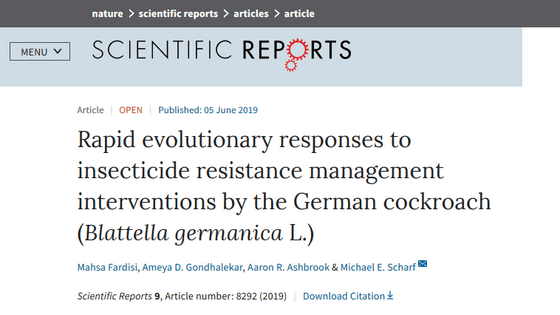 The papers were presented by Professor Michael E. Schaff, who is conducting entomology research at Purdue University.

The researchers and others have tried different insecticide combinations for six months on populations of the three German cockroaches at the lower floors of their apartment in Indianapolis, Indiana and Danville, Illinois.

Before conducting the experiment, the cockroach was captured and the active ingredients with low resistance were examined, and the macrolide insecticide abamectin, boric acid , the neonicotinoid insecticide thiamethoxam, was prepared. The usage method was 3 types of 'single', 'mix' and 'alternate (rotation)'.

As a result, in most populations, the number of cockroaches did not change. If the insecticide works, the population should decrease with the passage of time, but the elimination effect is lost when the surviving individuals produce offspring resistant to the insecticide. It is suggested.

As a result of examination, it is said that the cockroach has acquired resistance to the insecticide which has not met yet by cross resistance , and resistance has been strengthened six times by only one generation.

In addition, it is said that the population tended to increase even when the insecticide was mixed and used.

This time, in the experiment by Professor Schauff et al., There is no control group that did not use the insecticide, so it is unclear whether the increase or decrease in the population has been caused by seasonal variation. In addition, it is not permitted to obtain data of the residents living in the target building at the time of the experiment, and it may have been influenced by cultural factors of life.

Based on this result, science journalist Kelly Maze has said that it would be difficult to respond to the cockroach attack with insecticides alone if the experimental results are correct.