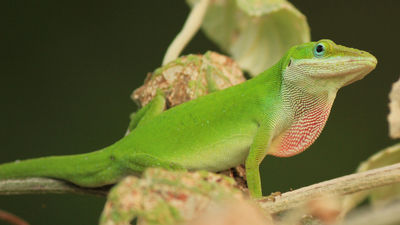 The rainforest is a region rich in biological diversity, and it is said that especially many insects and arthropods are inhabited. In recent years, studies that the number of insects and arthropods may decrease sharply have been announced, but it turned out that insects are drastically decreasing in the Puerto Rican tropical rainforest for 40 years actually. In addition, the number of birds, reptiles, amphibians and the like with insects as a food is drastically declining, and the ecosystem also shows a big change, and it is argued that the cause is climate change due to global warming.

The International Biologist team estimates in 2014 that "beetles and honey bees have decreased by 45% over the past 35 years." In Europe, it is suggested that insects may sharply decrease in the near future due to 'strengthening agriculture' and 'habitat fragmentation', which may greatly affect the entire ecosystem.

Mr. Bradford Lister, a biologist at Rensselaer Polytechnic Institute, has been studying insects inhabiting tropical rainforests in Puerto Rico since the 1970s. Mr. Lister seems to have measured and recorded the number of individuals such as birds, amphibians, reptiles, insects and carnivorous plants inhabiting tropical rain forests in 1976 and 1977. However, 40 years later I visited Puerto Rico's tropical rainforest again with Mr. Andres Garcia, an ecologist at the National Autonomous University of Mexico , and it turned out that the number of birds and butterflies was clearly decreasing. by US Fish and Wildlife Service Southeast Region

Mr. Lister and Mr. Garcia captured and investigated insects, invertebrates and arthropods living in the forest with sticky traps. Then, the dry weight of invertebrates captured in 2012 has decreased by a factor of approximately 1/4 to 1/8 compared to 40 years ago. Also, the probability that living organisms are caught in traps has decreased to 1 / 60th of that in January 1977. Mr. Lister and Mr. Garcia believe that this sudden ecological change is due to climate change. The average temperature of the tropical rainforest rose approximately 2 degrees in the 40 years since the 1970s. Insects do not have the function of regulating the heat inside the body and can not be adapted to the change even if the temperature of the rainforest rises, so insects will be much more affected than humans.

In addition, Mr. Lister notes the lizard called " green anol " which inhabits the tropical rainforest. Green anol is a carnivorous reptile that predators arthropods such as insects and spiders, but according to Mr. Lister, it is said to have decreased more than 30% compared to the 1970s. Due to the dramatic decrease in insects and arthropods, the number of Green Anol that used it as food has also decreased. It seems that it was impossible to find it from the tropical rainforest, even to some of Green Annoles' colleagues. 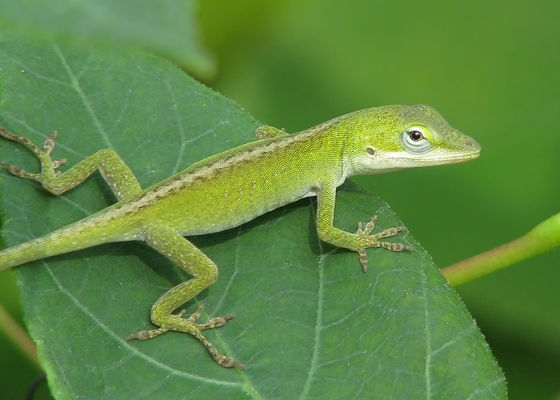 In another study , it has been reported that the capture rate in 2005 was reduced by 50% compared with the 1990s as a result of investigating the ecology by capturing the birds living in the rain forest of Puerto Rico with the haze net I will.

It is said that 35% of commodity crops in the world need to pollinate by insects such as honey bees, and insect reduction is thought to have a great influence not only on the ecosystem but also on the life of mankind. David Wagner, an expert on invertebrate protection at the University of Connecticut, said, "This study shows that the decline of insects is greater and may extend to many ecosystems, Is the most uneasy article I have ever read. "