It is clear that 'The Legend of Zelda: Breath of the Wild' has been beautifully reproduced to the bottom of the invisible sea 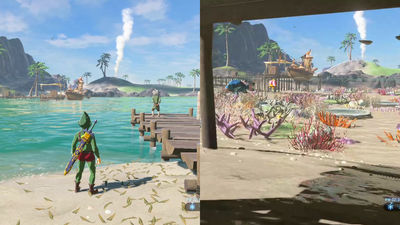 In 'The Legend of Zelda: Breath of the Wild ', whose sequel work has been officially announced, a trick that can look into the sea is discussed.

This technique became a topic of the following tweets by Twitter user ラ ッ シ ー . It seems that the technique itself has existed for quite some time.

Fishes flying in the nori forest in the village of Udori
#The Legend of Zelda #BreathoftheWild #NintendoSwitch pic.twitter.com/hJNaRQAfuT

In fact, when I tried it with the legendary Breath of the Wild in the Nintendo Switch version of Zelda, I was able to see fish swimming in the sea and corals on the seabed.


The diving point that was introduced in the video of Rasshi-san is here. It is the corner of Ootley village. Start from the pier. Since the link will stand if it enters the water of a certain depth, I will squat on the ground first. OK if you dive under the pier as it is. When the link goes well under the pier, the camera view is zoomed as follows ... 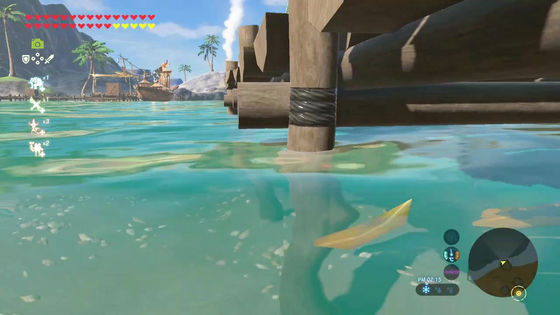 Now push the R stick and start the telescope. 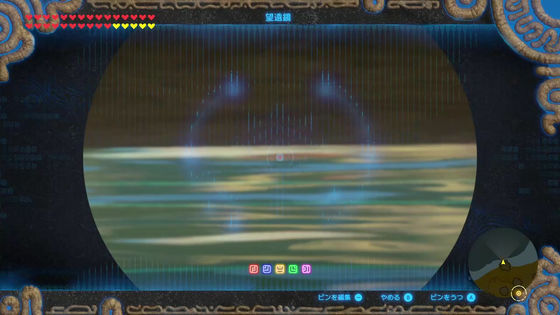 When you release the telescope, you will be able to see in the water as follows. In Zelda's Legend Breath of the Wild, the link can swim on the water, but can not dive in the water. Nevertheless, the bottom of the water is lined with colorful corals. As we moved forward with excitement, the cameras switched, so it is better to switch the viewpoint on the spot to enjoy underwater. 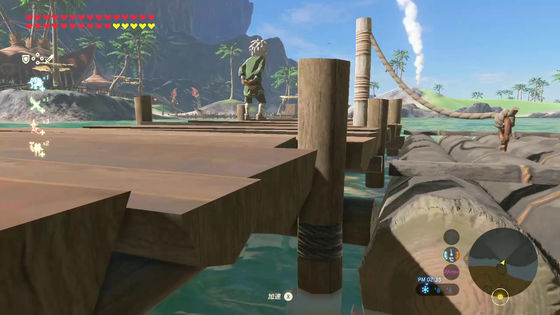 Laughter's tweet is also featured in the overseas game media, and Polygon is introduced as 'Bless of the Wild bug shows the beautiful underwater world'. 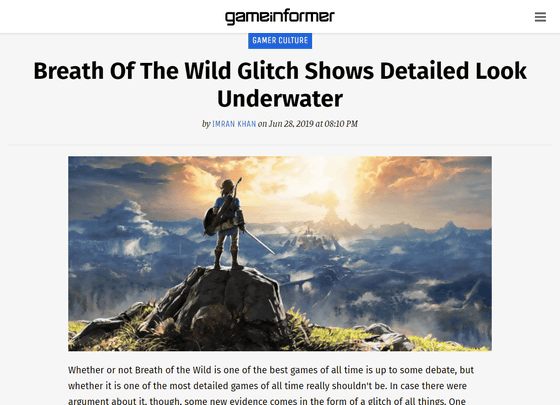 “On the sequel to“ The Legend of Zelda: Breath of the Wild, ”Aonuma Eiji,“ In the beginning, I was thinking only about the idea of DLC, but there were many ideas. Therefore, 'There are so many ideas, so new game one made by the and is not now trying to Yarinaoso from the beginning ' ' says beneath is, if it contains that will be able to move the water in this' a lot of ideas ', a bug in the sequel You may be able to watch beautiful underwater corals and fish without using them.