Why has the CRM app 'Salesforce' that has swept the world so far successfully? 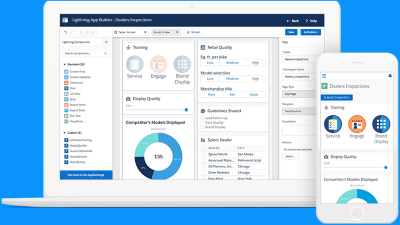 Relationship Management (CRM) application “ Salesforce ”, which improves customer satisfaction and increases sales, is now gaining momentum with a momentum that has swept the world. Salesforce is valued at $ 12 billion (approximately 1.3 trillion yen), occupies 20% of the CRM market, and millions of developers are building apps for the Salesforce platform. Why is Salesforce so overwhelmingly popular in the world of CRM, data scientist Taimur Abdaal is following.

◆ What is CRM?
Before we understand why Salesforce is so popular, we first need to know the history of CRM.

In the past, customer and sales management was completely manual, and business cards were indexed and stored in a physical holder called 'Rolodex.' Company employees then emailed and telemarketed directly to Rolodex's stored business cards.


After that, with the advent of personal computers in the 1980's, 'contact management service' began to expand, and with Rolodex being digitized, 'database marketing' attracted attention. Now that you can manage your customers digitally, companies can now separate customers, such as 'targets' and 'prospects', and send customized messages.

In the 1990's, the idea of 'centralizing all customer data with the ability to automate sales processes such as contact management, task tracking, reporting etc.' was born. At this time, management software with various names such as sales support system (SFA), customer interaction software (CIS), enterprise content management (ECM) was created, and finally the name CRM was established. 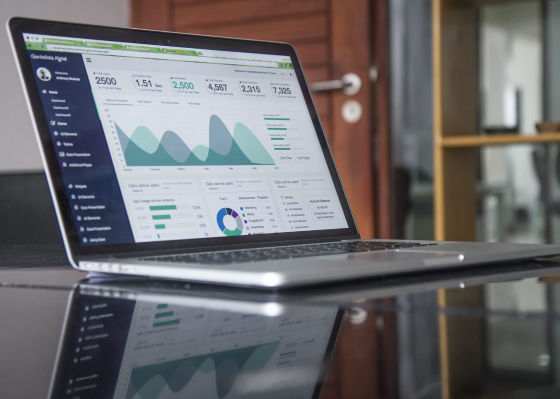 Managing sales details is the basis of your business. When the prospect was interested in the product by obtaining detailed information such as contacts (Contacts), prospects' contacts (Leads), company names (Accounts), and contracts (Opportunities) belonging to the company You can talk in the context of 'What kind of correspondence should I do?'

Of course, when there are few customers, spreadsheets will suffice, but as the number of customers increases, various validations, deduplication logic, row creation, etc. will be required. When such a spreadsheet is not enough, CRM will appear. CRM, unlike spreadsheets, is designed to automate data entry and minimize errors. CRM is a method of task management that records, and in a sense, is just a CRUD app with automated email and call logs.

◆ What is the difference with Salesforce?
On the other hand, one of the reasons why Salesforce doesn't end with just CRUD is its flexibility. In many cases, the form of business and customers use different entities in CRM. If you are selling in the academic field, the content to be recorded will be 'undergraduate' or 'university'. For this reason, CRM also needs customization for business customers, but many software as a service ( SaaS ) can not customize UI, and it is convenient to add this button in the view. I can not do anything if I think. While some CRMs have even forced all companies to do the same setup, Salesforce is extremely flexible and can be customized to fit your business. Here is Abdaal, which is one of the biggest reasons why Salesforce is gaining popularity in the CRM world.

Salesforce can create tables like a database based on data types and constraints. If you are selling in the academic world, you can create objects such as 'University' and 'Faculty', link them together, and attach them to each 'Prospect' object. The point of Salesforce is that you can complete these tasks without writing code.

And Salesforce can also create new views with custom layout & UI like front end frameworks. The prospecting process can show only unqualified prospects and show what information is needed to certify or reject them. And this can also be done without writing a single code.

The ability to customize the data model and UI allows Salesforce to be fully configured to meet the needs of the business. You can also use the AppExchange enhancement tool for more advanced customs.

◆ Source of ideas for Salesforce
The reason why a SaaS like Salesforce was created goes back to the late 90's. After leaving Oracle, Salesforce CEO Mark Benioff noticed a focus on consumer software 'simplicity' and 'ease of use' found on Amazon and elsewhere. Because software at the time was complex and expensive, Benioff considered differentiating Salesforce with the opposite philosophy. Benioff also wanted to position the software as electricity and water, so he set up Salesforce to be 'a price-for-use'.

Usually, advertising with a negative slogan doesn't work, but Salesforce daredly launched an ad called 'NO-SOFTWARE'. It was an advertisement that was opposed by many employees in the company, but it was a success from a company that was thinking 'I want to end the software'. Six years later, Apple launched 'App Store' as a software distribution method before Apple. Also, Apple's former CEO Steve Jobs was said to be Benioff's mentor, and he said in the past that Jobs was 'making the application economy'.

I did not realize how important it could be. Pic.twitter.com/FnFbzNG6BC The last time I saw Steve Jobs he asked this photo to be taken.

In 2005, an online marketplace called AppExchange was created, which allows anyone to create and distribute Salesforce apps. Billions of dollars are spent on AppExchange apps every year as of 2019, and many companies run on top of the apps. The online marketplace was originally planned to be called 'App Store', but as a result of market research, it was indicated that the word 'exchange' was preferred, and it became 'App Exchange'. At this time, the “App Store” trademark and the domain “appstore.com” were presented to Jobs by Benioff at the launch of the iOS App Store.

In the years following the AppExchange, Salesforce has released products that adhere to the 'no software' goal. In light of the established model of 'old boxed software is sold by sales representatives' of the former software, Salesforce launched a new direction of 'discarding software', and the company bought the software The point was that it succeeded by changing the mechanism of building itself.