'DisplayPort 2.0' which supports 16K display and VR with maximum bandwidth 77.4Gbps is announced 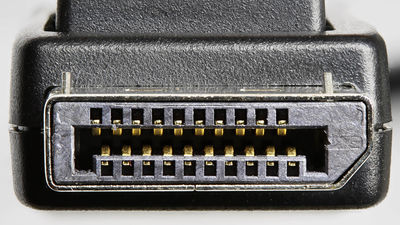 The Video Electronics Standards Association (VESA), a standardization group for computer video peripherals, announced the first major DisplayPort update since March 2016 on June 26, 2019. DisplayPort 2.0 , a next-generation standard, will have a Disp data bandwidth of approximately 77.4 Gbps, approximately three times that of the previous version, and will be spread to 16K monitors and higher quality VR / AR devices that will be popular in the future Correspondence of is expected. As of June 2019, the latest version of DisplayPort, the payload of 1.4a (effective maximum) is 25.92 Gbps of 8.1 Gbps x 4 lanes. Although 1.4a supports up to 8K resolution and 60 Hz, 4K to 8K require display stream compression (DSC) depending on the refresh rate, and the resolution that is fully compatible even with no compression is up to 1440p.

DisplayPort 2.0 announced this time improves the maximum link rate to 20Gbps per lane, enabling more efficient 128b / 132b channel coding. The maximum payload is 77.37 Gbps, approximately three times the 1.4a. With this bandwidth, DisplayPort 2.0 is the first standard that can support '8K resolution with 60Hz refresh rate', 'full color 4: 4: 4 resolution' and '10 bit color HDR 10 media', VESA says . 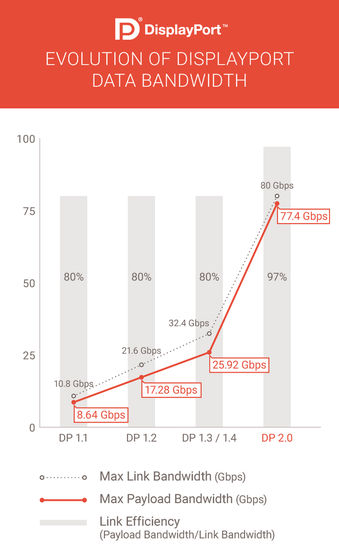 VESA shows the following example as a display configuration that utilizes DisplayPort 2.0. 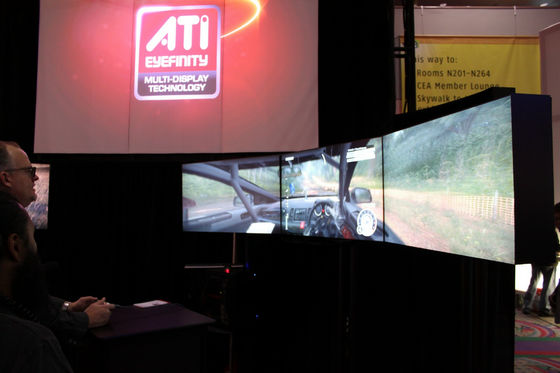 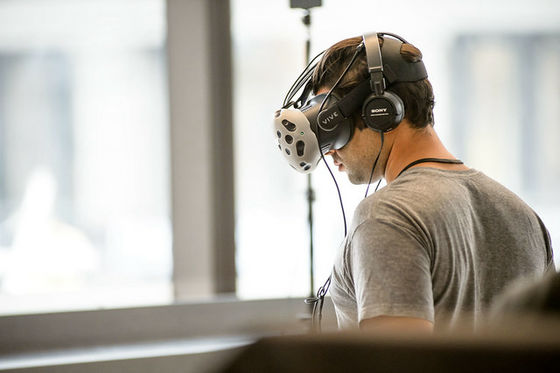 by Games for Change

DisplayPort 2.0 is compatible with previous versions of DisplayPort. Furthermore, power efficiency is improved by the partial update function 'Panel Replay' that updates only the changed part of the video frame, and a small end device equipped with a high resolution display such as an all-in-one PC or a notebook PC. It is designed to optimize the power consumption and thermal performance of

VESA states that the first products incorporating DisplayPort 2.0 will appear by the end of 2020.