How does the development of artificial intelligence change scientific research? 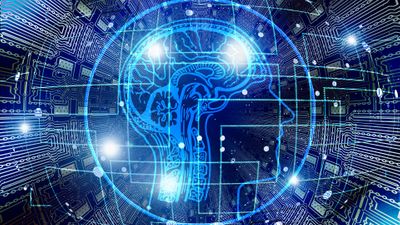 Artificial intelligence (AI) is a technology that is already used in a wide range of fields, such as image recognition and text generation. By applying such AI to the field of scientific research, science journalist Dan Fork has summarized how scientific research changes.

Mr. Folk pointed out that 'humans and human teams will not be able to keep up with the amount of data obtained by modern astronomy and physics experiments,' and a large amount of data is collected daily. It is said that analyzing by hand alone is difficult even at the time of writing articles. In recent years, the amount of data used for scientific research has dramatically increased. For example, the square kilometers array of radio telescopes whose observation will be started from 2020 is as much as the amount of data of the entire Internet each year Seems to produce

For example, an AI analysis approach known as generative modeling can estimate the most likely theory based solely on previously collected data. Kevin Shawinsky, an astrophysicist from the Zurich Institute of Technology, said, “The approach to generative modeling using AI is a third approach that lies between traditional observation and simulation-based approaches. 'I claim.' The influence of AI on scientific research is expected to increase in the future, and Brian Nord, who is conducting research using AI as a astrophysicist at Fermi National Accelerator Laboratory , is a human scientist I doubt that there is nothing that AI can not automate among the work being done. 'This is a chilly idea,' said Nodo. The best known generative modeling approach is called a hostile generative network (GAN) . This is a system using two competing neural networks, and the accuracy of the product is improved by repeating the system of judging whether the image generated by one is genuine or fake.

In recent years, net services etc. that can create a person who does not exist in the world using GAN have also appeared, and it is possible to realize the quality of images produced by AI. 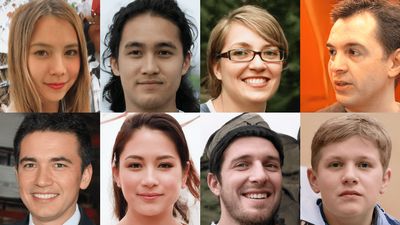 In December 2018, the research team of Shawinsky and others published a paper (PDF file) that used physical modeling to investigate physical changes that occurred as the galaxy evolved. Although GAN was not used in this study, it is an AI system similar to it, and how factors such as the rapid decrease in the speed of star formation are related to the increase in the density of the galaxy. It has been investigated.

The AI learns from observational data on the galactic system, and by creating various galaxies with different densities in the AI, scientists can know that the color of the galactic system changes with density. In addition, as for the question as to why the color changes due to the density change of the galaxy, if you set the variables in the model generated by AI, “The density of galaxy becomes high and the color becomes reddish. The reason is that the speed of star formation is decreasing, ”she says. 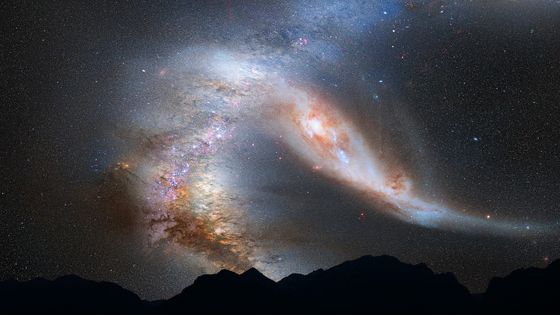 Although this approach looks at first glance similar to traditional computer simulations, shewinsky says that while simulations are inherently assumption-driven, approaches using generative modeling have no assumptions. It has been started without 'This is not a fully automated science, but at least this study shows that we can build tools that automate some of our scientific research,' says Shawinsky.

'I don't think that AI is the third approach to scientific research,' said Dr. Howinski, who has pros and cons, and uses the AI for research, a cosmologist at New York University, David Hog It is said that Hog's research using AI is considered to be an extension of observation in scientific research.

AI is playing a major role in astronomical research, whether it is conceptually new or not. The research team of K. Polsterar, a physicist at the Heidelberg Institute, is using machine learning algorithms to extract redshifts from galactic datasets, which was a daunting task. . Mr. Polsterer sees this new AI-based system as a 'hardworking assistant' who processes large amounts of data without complaints. AI is capable of automating tedious and embarrassing tasks, and human beings can 'fill in cool and interesting scientific research,' Polsteller said.

AI-driven data analysis is advancing not only in the astronomy field, but in the quantum physics field, neural networks are used to represent wave functions . On the other hand, what is often discussed in research using AI is that the result generated by AI is that the process is a black box.

Node of Fermi National Accelerator Research Institute is also concerned that this may lead to lack of transparency in research, but some researchers do not think that lack of transparency is necessarily a problem There is also. Lenka Zdeborova, a researcher at the Saclay Institute in France, points out that human intuition is often mysterious. People can recognize it as a 'cat' by looking at a cat's picture, but it is difficult to clearly explain why they could. 'Your brain is, in a sense, a black box,' says Sdeborova. There is no doubt that AI will be used in many scientific studies and the movement to automate the conventional work will progress, but there is still a persistent claim that 'science needs creativity.' 'We need creativity to think and reason the theory,' says Poultlara, and it is difficult to give creativity to computers.