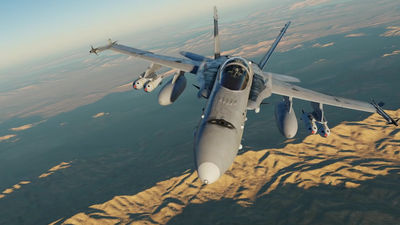 Oleg Mikhaylovich Tishchenko, who worked at Eagle Dynamics , a Russian software developer, who developed flight simulation games such as ' DCS: A-10C Wort Hog ' and ' DCS World ', intends to smuggle US military secret texts abroad Were arrested for suspicion. The sentence had not been confirmed for a long time, but at the end of the conviction, a one-year prison sentence was sentenced. Tishchenko, an Eagle Dynamics employee, tried to buy the F-16A / B manual that was sold on eBay, the auction site, from Russia. However, this manual is prohibited from being taken out of the country by the US Arms Export Control Act and the International Arms Trading Regulations . Mr. Tishchenko was arrested in 2019 on the suspicion of obtaining a manual with the help of a US-based collaborator knowing this fact.

The details of the case can be found by reading the following article. In the court case, Tishchenko claimed that the manual he had obtained was out-of-date as confidential text and that 'it was guaranteed that it would be safe to export abroad,' but the prosecutor Has claimed that it has violated the arms export law because it has smuggled a manual for fighters, which would require a dedicated license for export abroad, to Russia. In addition, copying the fighter manual that Mr. Tishchenko had obtained and selling it at home and abroad in Russia seems to make matters worse.

The open beta version of 'DCS World 2.5', the latest flight simulator for Eagle Dynamics, where Tishchenko worked, is being distributed for basic play free.