Settlement of battle royal game 'PUBG' and 'wilderness action' is established, all lawsuits by PUBG are dismissed 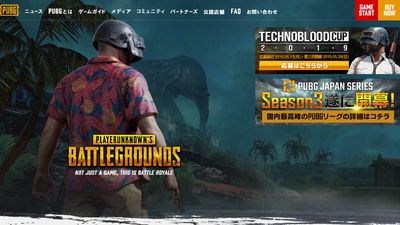 PUBG Corporation, the originator of the popular battle royal game '

Player Anne 's Battle Grounds (PUBG) ', is in April 2018 in response to NetEase , which also releases the battle royal game ' wilderness action ' and ' Rules of Survival '. We have filed a complaint about copyright infringement. About a year later, however, the PUBG Corporation and NetEase settlement was reached, and the Federal District Court in Northern California has announced that it has dismissed all PUBG Corporation claims against NetEase.

PUBG is a battle royal game in which up to 100 players fight for survival, and the wilderness action and Rules of Survival developed by NetEase are also almost the same game. PUBG Corporation claimed that the games developed by NetEase suffered great damage, claiming that the overall atmosphere, appearance and audiovisual style were very similar to PUBG. In response to the PUBG Corporation complaint, NetEase claims that one company can not monopolize the 'Battle Royale' genre. The PUBG Corporation claims that it is a 'shameless attempt' to monopolize battle royal form games using copyright law and eliminate market competition. Many lawyers also paid attention to the extent to which copyright law can protect video games.

For nearly a year, the two have continued their dispute in the California Northern District Federal Court, but in March 2019 the dispute ended with a settlement. It has not been clarified what kind of conditions were established between PUBG Corporation and NetEase, and whether the settlement money was paid. Following the settlement on April 8, 2019, Judge Jeffrey S. White of the Federal District Court for the Northern District of California dismissed all claims of PUBG Corp. against NetEase Games. This ended the battle between PUBG Corporation and NetEase.