In a trial where Oracle filed a claim for damages of about 1 trillion yen in response to Google's copyright infringement, the judgment of one judgment decision was overturned and it won the Oracle warrant. It is a decision to allow copyright infringement of Android's underlying program and it seems to have a big impact on Google's mobile business.

Oracle filed a lawsuit against Google in 2010 for damages as unauthorized use of the Java API. The lawsuit has become a big topic because of the huge sum of damages of 8.8 billion dollars (about 1 trillion yen at that rate).

Google claimed that the program (declaration code) of the duplicated Java API was not copyrighted, but it was not approved and lost. After that, Google is using Java APIFair useIn 2016, the jury of the San Francisco federal district court acknowledged this claim and Google won the suit. 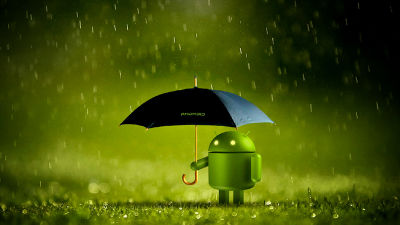 Oracle appealed one judgment decision, but in the Federal appeals court ruling issued on March 27, 2018, one judgment decision was over, "The use of the Java API by this Google is a fair use It does not answer ", and Google lost the case. The Federal appeal court returned the case to the federal district court to hear the amount of damage suffered by Oracle. Also, what Oracle is looking for is compensation for damages, because it is not an injunction, sales of Android devices will not be banned.

Durian Daley, Oracle's legal counselor in favor of the court ruling, welcomes the ruling saying "This decision protects creators and consumers from illegal infringement of rights"Announcing comments. Google, on the other hand, stated that this judgment has adversely affected the development of the new software program, which in turn raises the cost of the product and is disadvantageous to consumers, disappointed.

Google may urge reconsideration of judgment against any of the three judges who sent this ruling and then can request a hearing at the Supreme Court, but as of 2014 the Supreme Court will not allow the Federal Court of Appeals Has dismissed Google's appeal that requested a review of the decision "API is subject to copyright protection", and the possibility of appealing and fighting again is unlikely to be high.

In that case, the federal district court will hear about the amount of damages, but Oracle wants reparation beyond the original $ 8.8 billion (about 930 billion yen), and Google and Oracle fight violently over the accreditation of damages It is expected to be.