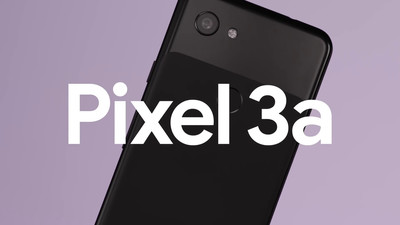 Google is developer event being held in California '

Hold the phone! The new # Pixel3a has everything you need in a phone, plus a camera that you'll love. Get all the things you love about Google, for a lot less. # Io19 pic.twitter.com/UfTdNfTG0q

The PV of Pixel 3a series announced by Google can be seen from the following.


Pixel 3a and Pixel 3a XL are bargain versions of Pixel 3 and Pixel 3 XL, launched in November 2018, respectively. The operating system is Android 9 Pie, and the color can be selected from three of 'Just Black', 'Purple-ish' and 'Cleary White'.

Unlike Pixel 3/3 XL, which had soft touch glass on the back, the body of Pixel 3a / 3a XL is made of polycarbonate. Also, waterproof The performance is slightly lower than that of Pixel 3 IP68 because it is equivalent to IP52. The battery capacity is 3000mAh for Pixel 3a and 3700mAh for Pixel 3a XL, which are slightly higher than Pixel 3/3 XL respectively, and if using the included charger, it takes 7 hours with just 15 minutes of charging, and if fully charged It can be used continuously for up to 30 hours. However, wireless charging is not supported.

Pixel 3a is equipped with a full HD OLED (organic EL) display of 5.6 inches and 441ppi, and Pixel 3a XL is equipped with a full HD OLED display of 6.0 inches and 402ppi. The rear camera's performance is the same as the Pixel 3/3 XL at f1.8 or 122.2 million pixels. Although the front camera has the same number of pixels as 8 million pixels, it is only a fixed focus of f2.0, and it is not a wide-angle / standard dual model like Pixel 3/3 XL. However, most of the camera functions such as the

night scene mode , portrait mode, Google lens, etc. are taken over as they are.

Get all this for only $ 399. #Pixel 3a has arrived and its camera is worth all the hype and all the captures.
✅Night Sight
✅Portrait Mode
✅Color Pop
✅ Google Lens pic.twitter.com/nuzzym3Q5k

Both of the Pixel 3a / 3a XL processors are mid-class Qualcomm Snapdragon 670, equipped with Google's proprietary security chip Titan M. On the other hand, Pixel Visual Core , the core processor for image processing and machine learning that was included in Pixel 3/3 XL, is not included in Pixel 3a / 3a XL. The model for Japan is compatible with Felica, and you can use the Osaifu-Keitai function. 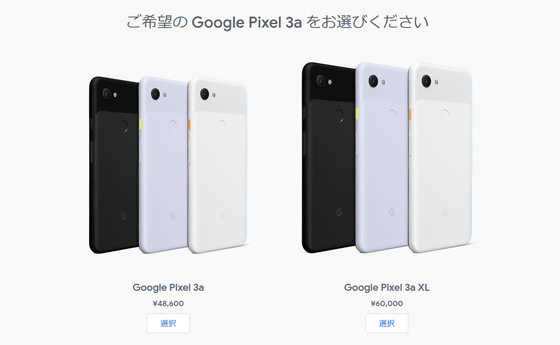