Gundam statues are found in Indonesia by any means, locals are testimony that they were hundreds of years old 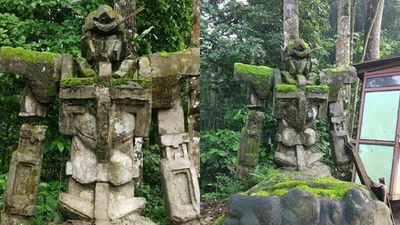 When a person tweeted about a Gundam-like stone statue I found on a land called Nyamato in Semarang, Central Java, Indonesia, it has become a big topic on Twitter.

The following tweets are calling the topic. At the time of article creation, it is popular popularity that it has been retweeted over 8000 times and has been liked over 5000 times.

The image attached to the tweet seems to be a screenshot of the interaction on the SNS, and the first sheet says 'I found Gundam Kingdom in Najama in Central Java in Indonesia!' The stone statue you are looking at is Gundam from wherever you look. Because there is a cross pattern on the chest, it looks like ' GN-001 Gundam Exia '. The second one says, 'The locals said that this stone statue was made during the On the other hand, on the Internet, there is an opinion that it must have been called by the technique of massaging ...

'There is evidence of anime worshipers in Indonesia'

'Probably this is a stopped robot'

Maybe it's a deactivated autobots

It should be noted that KotakGame, a local game media, is an animated work broadcasted in 2007 by ' Mobile Suit Gundam 00 ' where GN-001 Gundam Exia appeared. It can not be denied that it is likely to be hateful in 2019, 'he wrote,' Details can only be awaited from researchers. ' 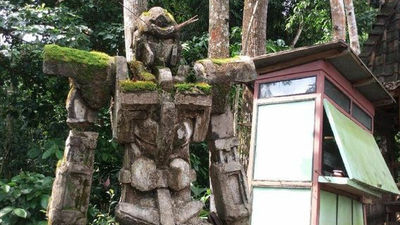