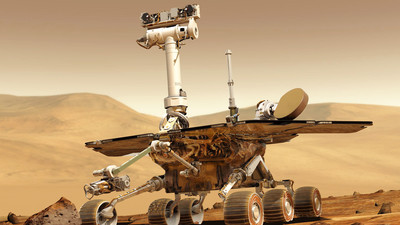 It was announced on February 13, 2019 that NASA's Mars Exploration Rover B, a so-called " opportunity ", which finally landed on Mars in 2004, completed its mission . Opportunity has completed the 60-fold ultra-long-term mission that was originally planned for the mission, thanks to the know-how accumulated by NASA in the long history of space development, and the overseas media Hackaday explains You are

Engineering for the Long Haul, the NASA Way | Hackaday
https://hackaday.com/2019/03/11/engineering-for-the-long-haul-the-nasa-way/

In the early days of space exploration, rocket launch itself was a series of failures. In 1957, the Soviet Union launched the world's first satellite, Sputnik 1, and the United States also tried to launch its own satellite Vanguard TV3 . At that time, NASA had not yet been established, and plans were underway led by the US Navy, but after two seconds after launching from Cape Canaveral Air Force Base , the engine thrust dropped, and the rocket collapsed and exploded. It was The launch failure of Vanguard TV 3 can be seen from the following movie published by NASA.


The launch of Sputnik 1 and the failure of Vanguard TV 3 created NASA, and space development was to be promoted under civilian control. And, the United States pushed forward " Mercury plan " which is a manned space flight plan, and eventually " Apollo plan " aiming at manned moon landing ahead of the Soviet Union started. The first manned experiment, Apollo 1, has been unsuccessful due to the explosion of three crew members, but since then it has been nearly successful, and in 1969 Apollo 11 is the first ever manned moon landing on human history Succeeded Behind the Apollo Project, NASA has launched a Planetary Exploration Project starting with the Mariner Project . Under the " Viking Plan " in 1975, Vikings 1 and 2 were successfully landed on Mars. Hackaday says that NASA's success so far was due to its seriousness in failure analysis. NASA has set up a lab dedicated to the analysis of any and all faults, ranging from rocket structure and equipment failure, to electrical problems and software, and a tool for tracking and evaluating unwanted results " Root Cause Analysis Tool ( RCAT was developed.

Since the 1990s, NASA has made progress in the Mars exploration program and has sent various exploration vessels to Mars. However, the exploration of Mars, which is far from the moon, is not as successful as the Apollo Project, and repeatedly fails.

For example, Mars Climate Orbiter , launched in December 1998, was unable to communicate because it was on a different track from what was planned, and it lost its place. When NASA immediately investigated the cause, the ground station who was observing it calculated using the yard-pound method despite the fact that the navigation team in charge of the spacecraft calculated it in the international unit system such as the metric method. It turns out that it was because it went and reported. I also learned that this mistake was supposed to have been prevented by tests and checks, but it was caused by the omission of the process due to a budget cut. The spacecraft and satellites developed by NASA are very expensive. The Mars Climate Orbiter costs about $ 190 million (about the rate of about 23 billion yen at that time) with one unit, and the budget becomes even larger if the launch cost is included, but the careless mistake of forgetting the unit conversion I was sent back to blisters. As a result, NASA has a strict technical standard for engineers involved in planning to prevent hardware handling and operation failures. At this level, it is defined in detail from the method of preventing the deterioration of polychlorinated biphenyl to the method of soldering and the method of attaching a binding band.

NASA's purpose is to provide a technical level that is different from the general engineering level, as it is more expensive than installing a state-of-the-art precision machine, so that spacecraft and spacecraft continue to move past the best date. In order to design with priority on durability. NASA originally assigned a mission of 90 sol (about 92 days on earth) to an opportunity, but the opportunity was designed to be able to last much longer than the 90 sol. Hackaday points out that this physical engineering approach has led to the opportunity's long-term mission success. 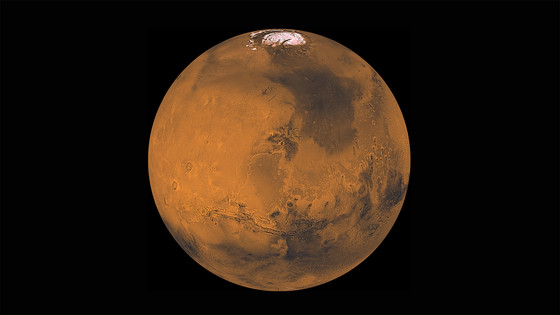 Even though longer missions were possible, NASA's initial mission was to assume a 90-sol period, as a result of careful design to ensure the mission. In order for the long-term exploration program to be successful, NASA uses not only a physical engineering approach but also a social engineering approach, and plans to maximize the return on investment before launching an expensive spacecraft into space do my best.

For example, Voyager 2 was launched in August 1977, and Voyager 1 was launched in September 1977 in the Voyager Project, which explores extrasolar planets and extrasolar systems. It was originally planned to launch the first issue several years earlier than the second issue. However, taking into consideration that NASA happens to be an array of planets that only happens once in 175 years, NASA will conduct exploration more efficiently by using a swing-by-navigation method that uses the gravity of each planet to accelerate. Seems to have changed the plan. 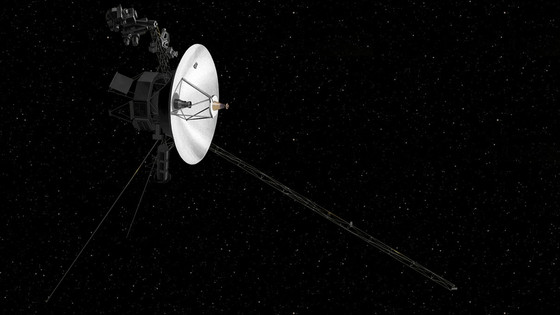 "Opportunities have been able to do missions that are 60 times longer than they should have been," said Hackaday, although it is well-received that the extension of this mission period should have been within NASA's expectations. "If the sandstorm on Mars wasn't so bad, the opportunity could still continue to run." Perhaps one day, an alien civilization will discover these well-made machines and make this machine You will surely know what kind of engineering technology the civilization had, ”said Hackaday.