I cooked cheese and mashed potatoes, and then I ate 'Chew's sauce' Arigo Cheese Burger 'with Dom Dom Burger 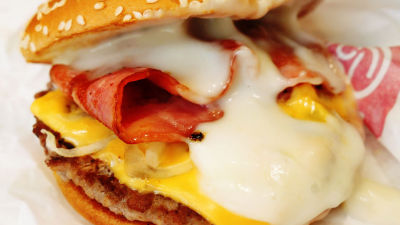 " Torori Dori-dori Arigo Cheese Burger " that made use of mashed potato and cheese as a dairy growing French specialty " Arigo " has appeared in domdom burger from February 18, 2019 (Monday, February 18, 2019). I have eaten a dish that I can not remove as a cheese favorite that I also add cheddar cheese to Arigo cheese sauce. A picture of Arigo Cheese Burger was also posted at the store. Alligo cheeseburger is a grand prize winning menu of employee idea burger contest. This time I ordered M set (750 yen including tax) with potato and drink. When I opened the wrapping paper, Arigo Cheese Burger looked like this. 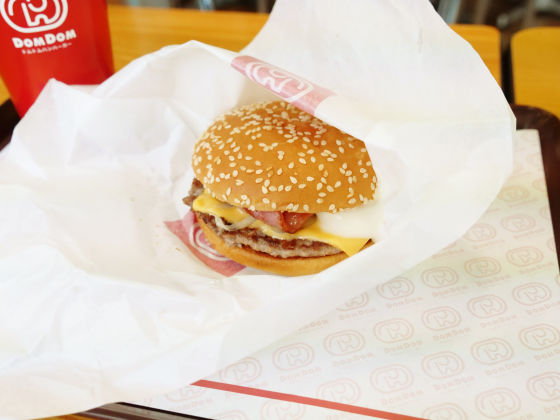 If you eat a bite, the Aristo cheese sauce will spread out in the mouth with a nice tongue but because of the mashed potatoes, the cheese sauce is not too thick and mellow finish. Even if Cheddar's umami is added, it's not a feeling of "heavy" but a cheesy feeling to eat. The fragrance of juicy bacon and the fleshness of Patty got together and met the feeling of "I want to eat something made as a gut."