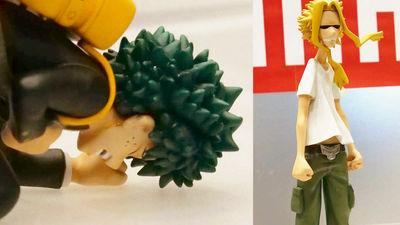 figure that reproduces the scene of the popular manga ' My Hero Academia (Hiroaka) ' in the series on the weekly Shonen Jump beginning in October 2019, with the anime fourth season starting from October 2019, was exhibited at Onefest 2019 [Winter] .

From my hero academia ・ Midori Tani Hisashi 爆 + + ド ロ ヴ ィ ラ ン
・ Ikuhisa Midoriya will be exhibiting at All Might.
There are no for sale items, so please come and see it slowly!

In 'Miyakiya Idehisa Bakugo Katsumi + Hedo Vyran', which reproduces the famous scene of the first episode, Midori Valley has no ability to help the devil who has been taken in by the villain who has transformed into a sludge. I will revive the great scene that takes courage and takes a step forward.

Usually, I am a strong and strong bully bully, but at this time my expression is distorted by fear. Midori Valley jumps out alone, looking at such a big deal, and it's too late to be there. The expression of courageless and scary mix of Midoridani, who has no ability to fight Villan, has been reproduced. 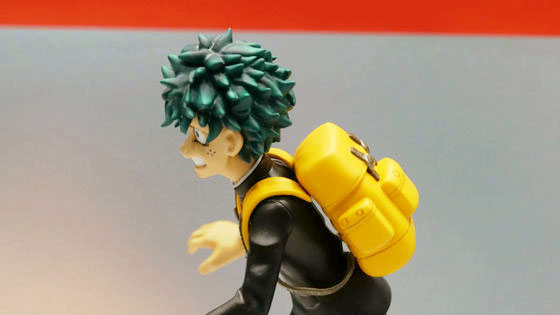 Seeing the courage of Midori-dani and expressing the scene that Midori-dani receives enlightenment from the awe-inspired Hero All-Math 'Green Valley Izuhisa All-Might' reproduces the scene of the work's best and the climax of the famous first episode It has been. The No. 1 hero, All Mighty, in both ability and fame. It is not an embarrassing hero figure, but a 'true form' that is a secret face in the world. A green valley that can not stop the overflowing tears and makes her face crumpled. People who want to read once more looking at the three-dimensional scene reproduction, or people who have wanted to read it but have not read it yet can read

the first episode for free with Jump + . CROSSOVER In the' booth, found a unique character that appeared in Hiroaka.

You can rely on the characteristics of the frog classmate Kotobuki Meiyu. 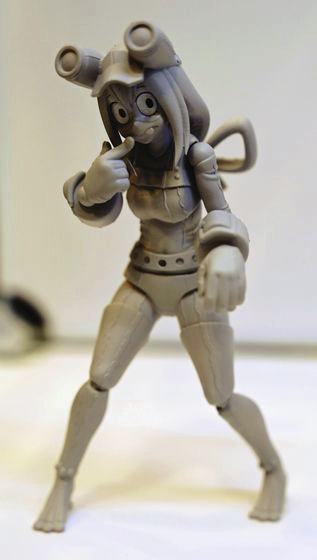 With her ability to “can do frog-like” her gouroli, her big eyes, her peron and her tongue are the charm points. Her hero costume, a hero apprentice, was well reproduced. A crazy girl, Toga Himiko, who belongs to the 'Villan Union', an organization of evil that opposes heroes.

Very cute crazy impression is three-dimensional as it is.