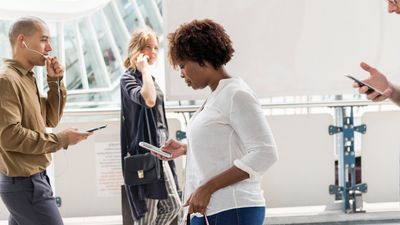 Sidewalk Labs, a startup launched by Google, is engaged in projects to reform the city to improve the quality of life, and is promoting Smart City of Toronto, Canada. Such Sidewalk Labs is trying to sell "movement pattern of people created based on mobile phone's location information" to the administrative organization of the city.

Important data in urban planning are not visualized as beautiful numerical values or graphs like urban simulation games but are gathered in a more complex and cumbersome state of reading. Many urban planners collect data using a method such as measuring the traffic volume at the counter, but with conventional methods it will take a lot of time and effort to collect the data.

So, Sidewalk Labs developed a program to "model the movement pattern of the entire city called" Replica ". For replicas, we are modeling anonymous data such as what kind of route people used in the city and to which destinations, and it is very important for administrative organizations to develop a transportation network and plan for urban use It has become an attractive program. It seems that transport authorities in cities such as Kansas City , Portland , Chicago decided to participate in the replica plan between the time of article creation and several months ago. 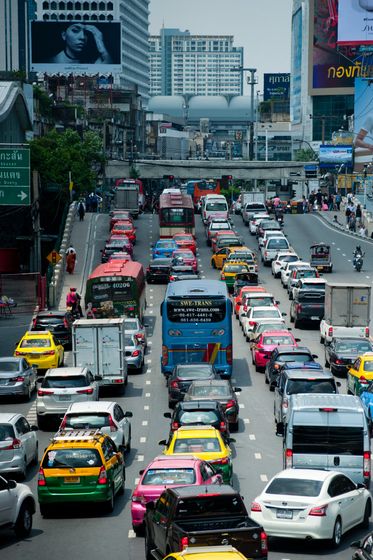 In order to model the traffic data, the replica gets the location information of the cellular phone from an unspecified third party company, anonymizes it, and models it by simulation based on the anonymized data. Mr. Bowden insists that it can conceal personal information while it is data conforming to the real city.

Sidewalk Labs replies data is anonymized and can not identify individuals, while IT companies such as Google gather data such as smart phone location information and worry about selling the model to another institution Voices are also raised.

Ben Green, expert on urban technology said, "Privacy issues concerning replicas are extremely serious," he says, with smartphone location information being treated with great care in handling. Mr. Bowden insisted on this issue that when the location information gathered by Sidewalk Labs gathered, the user's unique identifiers were released and people and groups operating the replica can not identify individuals from the data. However, Canadian lawyer Tamir Israel said that if Sidewalk Labs could access the unique movement patterns people make before creating models, it would be possible to identify individuals even if user-specific identifiers were released I point out. "Location information is easier to identify than any other type of data, everyone in the morning leaves a specific house, spent from 9 o'clock to 17 o'clock in a specific workplace, who is the person who will return home after that "Israel said, and there is a risk that individuals can be identified when they are made anonymous.

Sidewalk Labs said that it will use mobile location data from telecom companies and various applications on how to collect data used in replicas, Bowden said, "Google's data is not being used." Mr. Bowden says that he is managing a wide range of auditing processes, such as whether it complies with industry norms and satisfies privacy protection requirements regarding the applications and companies that are sources of data collected by the replica.

On the other hand, according to the document of the city that announced the introduction of the replica, the data source of the replica is very obscure. In the document of the State Bureau of Transportation of Illinois, "Mobile center data, third party aggregators collecting location data and Google location data" is stated and in documents submitted to the city council of Portland "Android and Google According to the minutes of the Kansas City Regional Transportation Conference, "It is said that" Uber and Lyft data can be obtained ". The movement of the replica shows that a huge IT company can sell people's location information and movement patterns to government agencies and gain profits. Brenda McPhail, Director of Technology and Monitoring Project at the Canadian Citizens Freedom Coalition , said "Replica is a good example of surveillance capitalism that will make profit from the data collected by using products that were no longer part of life" We insisted that we need to watch giant companies' movements.