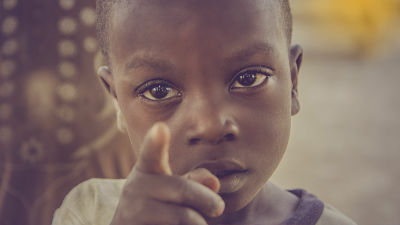 Bill Gates, one of the world's leading rich people, is actively engaged in philanthropy after retiring from Microsoft's management. Mr. Gates, who is also highly interested in the world's poverty problem, tweeted on Twitter that the graph "poverty is decreasing" is favorite, but a researcher at the University of London pointed out "It is a big misunderstanding" It is.

Bill Gates says poverty is decreasing. He could not be more wrong | Jason Hickel | Opinion | The Guardian
https://www.theguardian.com/commentisfree/2019/jan/29/bill-gates-davos-global-poverty-infographic-neoliberal

On January 19, 2019, Mr. Gates tweeted Infographics on the findings that the "poverty" from the world is decreasing and many people are out of the daily living line, one of them is their favorite .


A lot of people underestimate just how much life has improved over the last two centuries: https://t.co/djavT7MaW9 pic.twitter.com/kuII7j4AuW


Many celebrities have issued allegations that "poverty is decreasing from the world" and "the world is getting better" about God's remarks, but "This is not right," Royal · Dr. Jason Hicker of the University of London who is a fellow at the Society of Arts is making complaints.

What Gates took up was the data released by Our World in Data.

The short history of global living conditions and why it matters that we know it - Our World in Data
https://ourworldindata.org/a-history-of-global-living-conditions-in-5-charts?linkId=62571595

Among them, Dr. Hicker is negative, although the following graph shown as statistical data on "Povety (poverty)" can be picked up by the most people, it is the most misleading thing.


It is said that the above graph shows that after 1820 "people in extreme poverty" are decreasing. However, Dr. Hicker points out that there are problems with this graph in the following points.

Although the extreme poverty condition continues to decrease as shown in the graph above, as the line beyond this line it will not immediately become a happy life out of poverty, the fact that the marginal line is being depressed promptly leads to poverty Dr. Hicker points out that it is not decreasing.

And the daily earnings specified as the boundary line of the extreme poverty state is "1.90 dollars (about 210 yen)", but people on this line have high malnutrition rate and death rate, so it is reasonable Dr. Hicker thinks that it is not a distinction. Given that the probability of a child dying by 5 years old is even 50% per day, even for the line of "7.4 dollars (about 820 yen)", the poverty line taking nutritional value and life expectancy into consideration is " Many scholars believe that it should be distinguished by $ 15 (about 1700 yen) ". 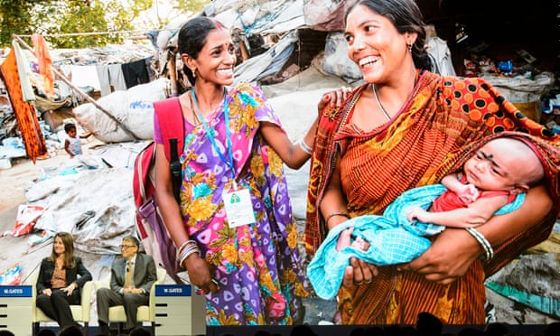 According to Dr. Hicker, it was in 1981 that practical data on poverty began to be collected. Since earlier surveys are not elaborate, the reliability is low and it is meaningless to go back to 1820, he says. And the intention of Mr. Max Roser, the creator of the graph above, is not to show that "poverty is decreasing" but to indicate the inequality of the global distribution of GDP.

In addition, Dr. Hicker points out that considering "the history of colonial rule" is indispensable if the data can be drilled until 1820. Before European strength strengthened Asia and Africa one after another, the local people were living a self-sufficiency life. This world is, as it were, a world that does not need money. In other words, in the days when the majority of the world lived in a world that does not need money, it is nonsense to decide that poverty is due to the fact that the world's average earnings are low. Dr. Hicker is ironic that the graph above, which dates back to 1820, merely indicates "a story of proletariatisation ".

And in the graph above, Dr. Hicker points out that the boundary line of the extreme poverty situation has declined at a rapid pace in recent years, the improvement of the standard of living in China with the population of 1.4 billion people is a major factor . If we remove the data of China, the numerical value of the graph should deteriorate. Dr. Hicker says there is an objection to what Americans declare as a Washington consensus victory with a phenomenon of "a decline in poverty" which is strongly influenced by China.