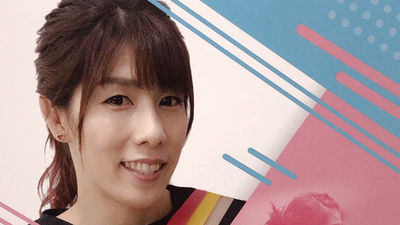 Thank you for always supporting Yoshida Sha Ri.
I decided to break the wrestling players' life in 33 years.
Thanks to the support and support of lots of people, I've been working hard as active players for so long.
Everyone, thank you very much. pic.twitter.com/atDfQRlXBv


Yoshida started wrestling as a daughter of wrestling player Yoshida Eriko from 3 years old. Its strength was prominent from the junior era such as the world junior championship two consecutive times, and as rivalry with Seiko Yamamoto who is also the second generation wrestling player, fighting the Athens Olympic appearance where female wrestling became the official sports of the Olympic Games, 55 kg I took the seat of the representative. I also won a gold medal as it was.

In addition, he won the gold medal at the Beijing Olympics in 2008 and the London Olympics in 2012. At the Rio de Janeiro Olympics in 2016 aiming for 4 consecutive victories, he was defeated by Helen Maulis in the semifinals. This Maurelis player was a former student who had been taught in the coaching era by former rival Seiko Yamamoto.

Yoshida continued his 206th winning streak since he was defeated by Seiko Yamamoto in the 2001 All-Japan Championship semi-final until the defeat of this Maulus, during which time he had achieved 16 consecutive world championships. From that too much strength, it was sometimes called "primate superstitious girl", in the same way as Russian male wrestling player Aleksandr Karelin 's alias "the strongest man of primates".