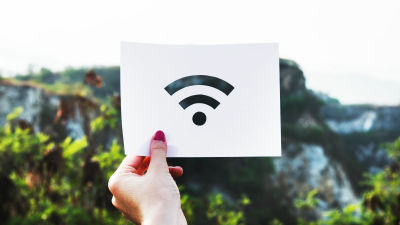 The World's Internet in 2018: Faster, Modernizing and Always On
http://www.speedtest.net/insights/blog/2018-internet-speeds-global/

The line speed of the Internet can be divided into two types, download (down) and upload (uplink), and it is also possible to classify it as mobile or broadband . The World's Internet in 2018 is based on the data collected at Speedtest Intelligence through broadband and mobile line speeds through December 2017 through November 2018 for about a year. 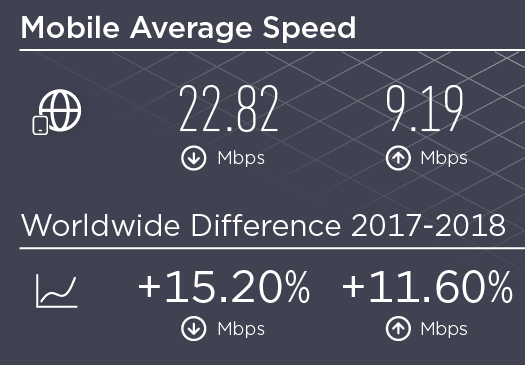 The average speed of mobile lines is classified by Android and iOS as follows. The download speed is 27.84 Mbps for iOS, while Android is 21.35 Mbps. The upload speed is 10.6 Mbps for iOS and 8.73 Mbps for Android. Android line speed is slowing down both downloading and uploading. This is a testament to the fact that Android is gaining more popularity in emerging countries with slower internet speeds. 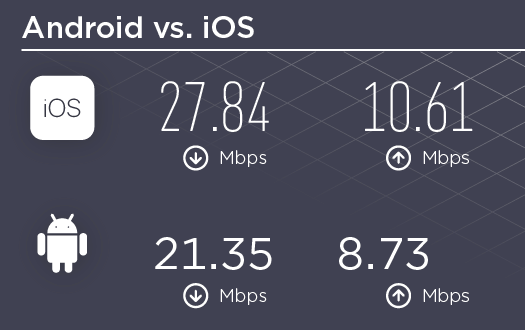 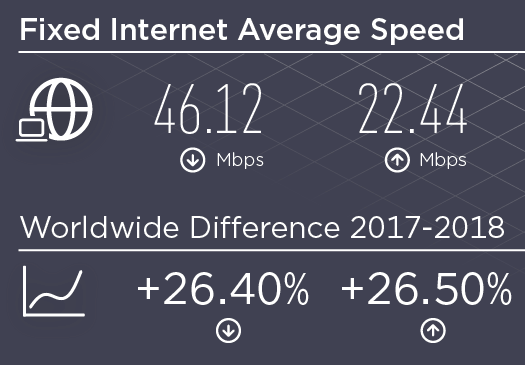 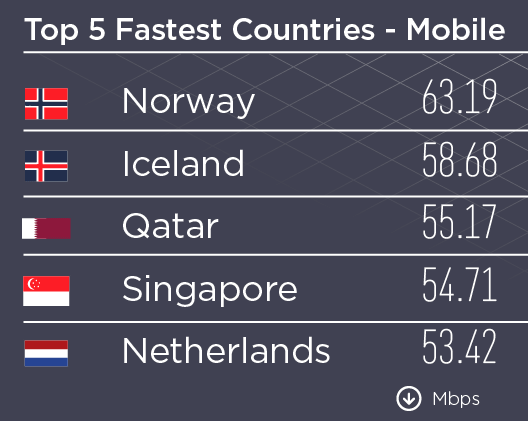 There are five countries and regions where fixed broadband lines were fast in 2018 as follows. Singapore (175.13 Mbps), Iceland (153.03 Mbps), Hong Kong (138.31 Mbps), South Korea (114.67 Mbps), Romania (109.9 Mbps) in descending order of download speed. Singapore and Iceland are both the top five in both mobile and fixed broadband, and it seems that these two countries have the world's best Internet environment. 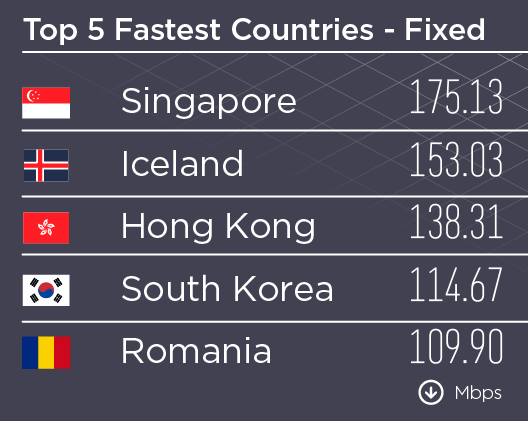 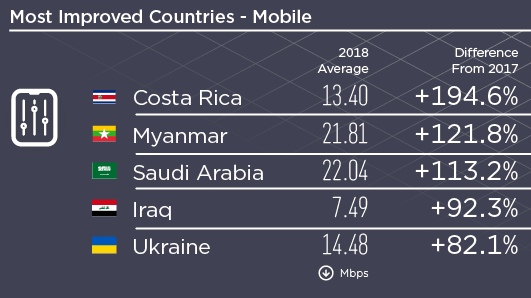 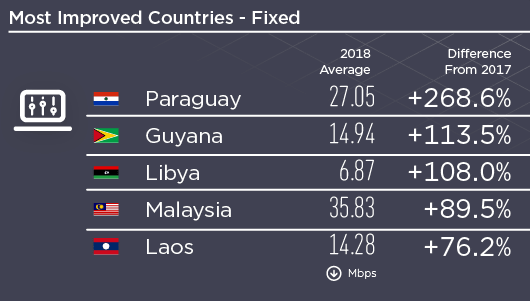 The increase in mobile line speed seems to be a major reason why the 4 th generation mobile communication system (4 G) is spread all over the world. The following map shows the penetration rate of 4G on the map, the higher the color, the faster the communication speed. In addition, the map has become a GIF image and you can check the spreading stage by clicking. Costa Rica, Saudi Arabia, and Myanmar, where the download speed of mobile lines has become faster, shows that the spread of 4G has a big influence. The following image shows average data usage (MB) per hour for fixed broadband line (Fixed) and mobile line (Mobile). It is over 20 to 21 o'clock that the data usage will be the highest.