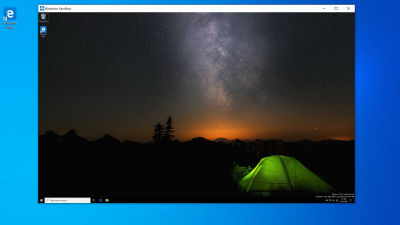 As a new feature of Windows 10, " Windows Sandbox " which can simulate an independent desktop environment and execute applications can be announced. With this function, you can run an application on the sandbox that does not understand the sources or somehow cause anxiety, and you can discard it as if nothing had happened after the application.

Windows Sandbox is a function that enables you to build a temporary desktop environment in an independent space so that it will not cause problems on the underlying PC and execute the application program in it. When you finish trying the program, closing the Windows Sandbox will completely delete all the file status and software on the desktop . 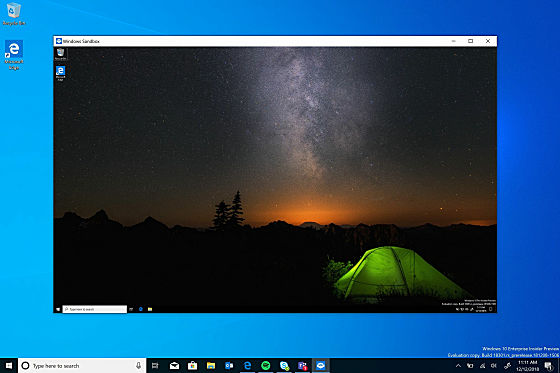 Until now, in order to test applications that are hard to put trust and development stages, methods such as preparing test dedicated machines and virtual environments have been adopted, but by using Windows Sandbox It will be possible to save labor and cost.

The Windows Sandbox is included in Windows 10 Pro or Enterprise Build 18305 or later, and there is no need to set up a VHD (virtual hard disk file). The environment required for execution is as follows.