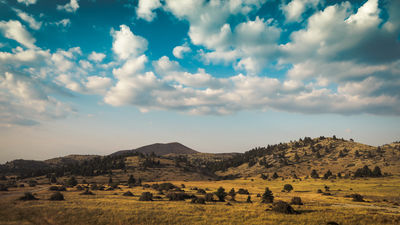 Among the "cloud providers" that Cockroach Labs offering cloud-based platforms and infrastructure such as "Cockroach DB" that can be used in multi clouds, Amazon Web Services (AWS) and Google Cloud Platform (GCP ), And publish a report. In Cockroach DB's " TPC-C " ( online transaction processing benchmark), we found that AWS has a 40% higher throughput than GCP. Cockroach Labs also said that the result was "I was surprised that AWS had such excellent results". 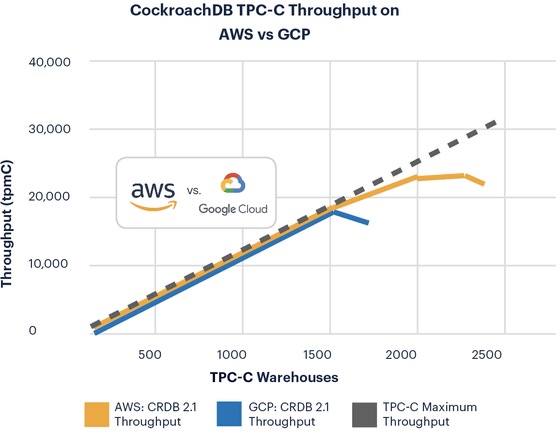 In Cockroach DB, as with c5d.4 xlarge, benchmarking is also carried out with m5d.4 xlarge, c5.4 xlarge, m5.4 xlarge which are 16 vCPU instances. As a result, it was confirmed that AWS outperformed GCP in almost all instances. 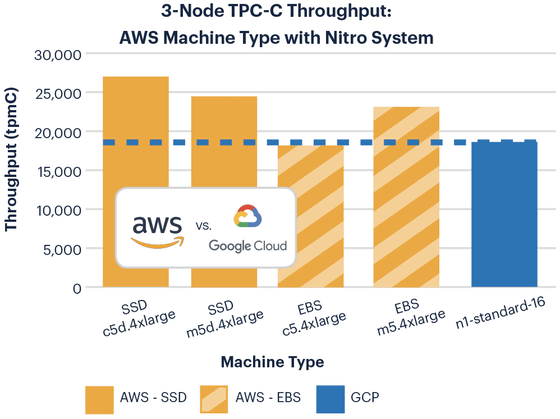 What followed was the CPU performance test, when we ran Stress-ng 5 times for each of AWS and GCP, we found that the throughput of AWS was 28% higher. 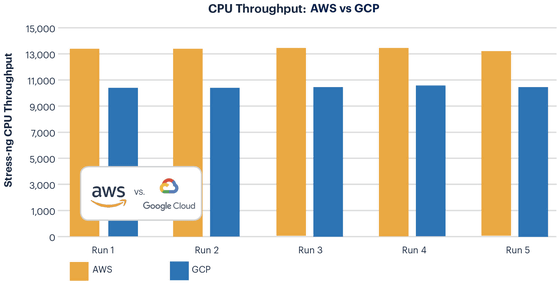 IPerf is used for network throughput measurement. As a result, while the GCP was 5.6 GB per second, the AWS showed an extremely high value of 9.6 GB per second 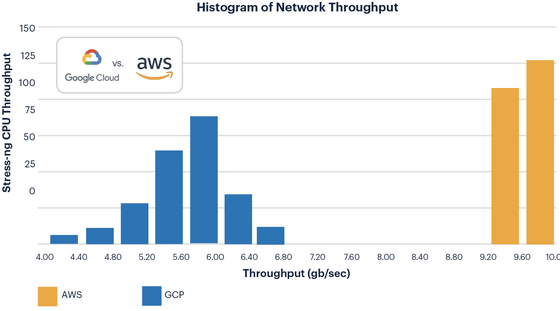 In addition, AWS showed a value that exceeds GCP in the I / O test.

If these contents are due to the difference in cost, AWS is more than GCP in terms of cost effectiveness, and Cockroach Labs says " AWS should be used for important workload " I have concluded. 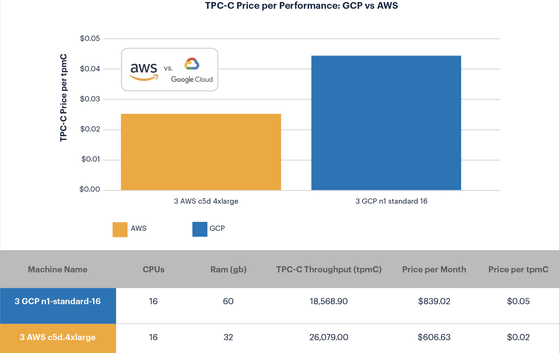