Instead of "burning a wedding dress while crying for a married life that did not go wrong", a woman shooting an explosive connected to a wedding dress with a rifle and deleting the wedding dress by blowing appeared. It seems that women have shone their arms and shoot their fingers because they needed a shooting from far away for safety.

Kimberly Santleben - Stiteler opened a divorce party to celebrate the end of marriage over 14 years on 14 November 2018, divorced. About 40 people gathered at the party, including family members and close friends.

"I wanted to get rid of everything related to marriage from the house," Kimberly says. "My friends and family gave me advice when I donate for premature babies, but for me the dress was a manifestation of" lie. "I wanted to bake a dress at a divorce party."

But in fact Kimberly's choice was not "to shed tears in a married life that did not work as a result of burning a dress" but "destruction of the dress by the bomb". It seems that the idea developed as I talked with my father and brother-in-law.

Kimberly set up a dress on his father's farm in San Antonio, Texas. The dress is connected with an explosion target "Tannerite" equivalent to 200 dollars (about 22,000 yen), and Kimberly aimed Tannerite with a rifle from a point 200 yards (about 180 meters) away. Tannerite is a popular explosive in the United States and it is designed to explode with bullet landing.

The situation is under preparation. Dress dragged in the middle of the slurp and the farm. 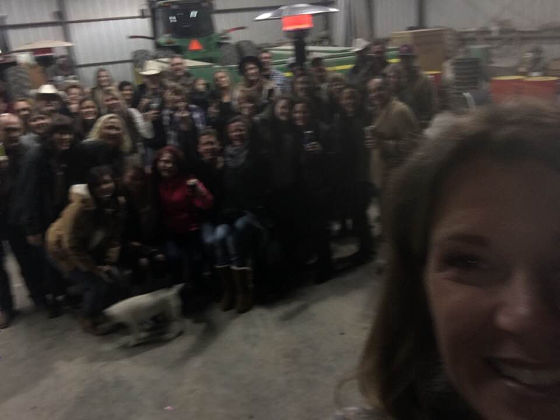 When talking about the plan, a friend attached to a profession dealing with explosives said that he advised five times "It is seriously" about Tannerite prepared by Kimberly. It was considered dangerous to shoot the distance of shooting to 100 yards (about 90 meters) because of the large amount of explosives. So, in order to ensure a mission, Kimberly said he had sharpened his shooting skills before holding a party.

Kimberly, who brushed his arms, shoots a dress with one shot from the following. Carla Santleben-Newport, Kimberly's sister, is taking the picture.


Kimberly wearing a crown written that "I am not with an idiot any longer" after the bombing of the dress is finished safely. The explosion was flashy like a movie bombing scene, and a huge fire rose with a big explosion sound. The sound that the dress is bombarded seems to have arrived at a private house ahead of 15 miles (24 kilometers). It was said that the neighborhood residents received a message saying "Are you OK?" Kimberly says he was feeling relieved while seeing a huge flame.