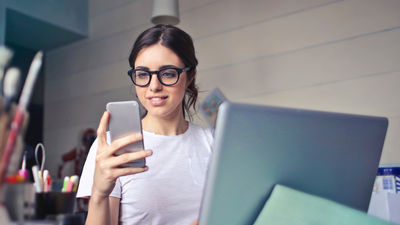 The light emitted from the display of the PC or smartphone includes light that adversely affects eyes if you continue looking at it for a long time called " blue light ". Although many products such as "blue light cut eyeglasses" that cut such blue light have appeared, "There is no clear research result that bluelight exerts bad influence, and even if you want to cut the blue light, put the device in night mode It is sufficient to just do it, no special eyeglasses are needed "is claimed by The Atlantic.

Blue-Light-Blocking Glasses Will not Save Your Eyes - The Atlantic
https://www.theatlantic.com/health/archive/2018/11/blue-blocking-glasses-instagram/575965/

Users who use SNS keep watching PCs and smartphone screens on a daily basis for a long time and the American Optometric Association says " more than half of Americans are complaining about their eyes ." Since fatigue of the eyes sometimes causes headache and sight loss, it becomes uneasy that in the long run it may become more seriously harmful, so wear blue light cut glasses to reduce the burden It is natural to do. However, it is said that there is no clear research result that exposure to blue light of PC or smartphone damages the eyes and damages the retina. 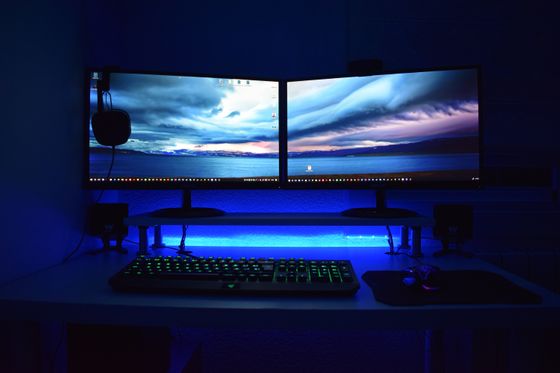 Lobby activity related to blue light was done long before use of smartphone and SNS increased like today. Scott Brodie, an ophthalmologist who studies at New York University said, "In the early 1980s and 1990s concerns about blue light were expressed." The novelty of computers and anxiety about long-time use of devices that were not everyday caused the lobbying of doctors and workers' organizations.

In recent years the dangers of continuously seeing blue light are being filed everywhere, and it is no wonder that people become uneasy. But if blue light really has a huge negative impact on the human body, a person who has been seriously affected by those who touched a device that used blue light for decades appears Zorozoro, where Mr. Brodie thinks that unless it is confirmed by medical personnel, it is unnatural. 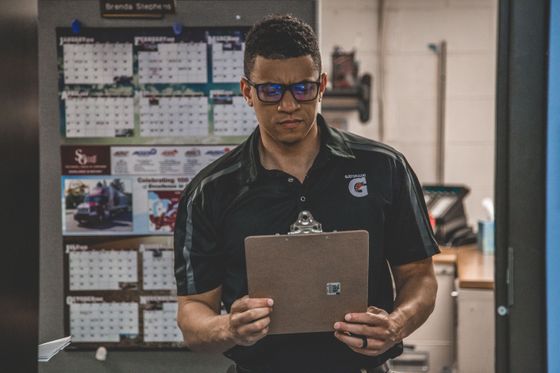 Manufacturers of blue light cut eyeglasses actually combine individual matters in actuality, "blue light received from the screen" for marketing and "the effect of continuing to look at something for a long time" It is said that. Adam Gordon, Associate Professor of Medicine at the University of Alabama , says, "Eye strain is caused by continuing to look at one thing for a long time at a different distance from the natural focus." The state of the eyes that are said to be caused by "digital fatigue" is said to occur even when reading 8 hours of books without taking too much break, many of the desk workers are looking at paper documents or PC screens I heard that similar symptoms appear irrespective of it.

Many consumers believe that "blue lights are brought only from PC and smartphone screens", but in fact blue lights are more common in natural sunlight than displays. "The sunlight falling outdoors during the day includes blue lights that are nearly 200 times as long as you keep watching a PC or smartphone screen for 8 to 10 hours," Gordon said, If it is harmful, it is supposed to have a big negative impact on the eyes of outdoor workers and outdoor sports people than desk workers.

Raj K. Maturi, professor of medicine at Indiana University Medical School, said that there are several advantages to blue light, "Children's myopia is prevented by looking at blue lights outdoors" "Sleeping It prevents secretion of melatonin which is a hormone that brings on, and prevents sleeping suddenly in the day and keeps the sleep cycle to be normal "is mentioned as merit of blue light.

On top of that Mr. Maturi says, "As you wear blue light cut eyeglasses when you watch PCs and smartphones at night, you can sleep properly at night because the secretion of melatonin is not obstructed We are proposing what we can do. " However, there is no legitimate reason to wear blue-light cut glasses during the day, and even for the purpose of not blocking melatonin secretion at night, it is possible to cope with by just switching the device to night mode. While doubt as to whether or not the blue light cut eyeglasses has a medical effect, while wearing blue-light cut eyeglasses, by watching PCs and smart phones, they are conscious of the fact that the eyes are burdened , You can adjust the brightness of the screen moderately, or you can rest your eyes regularly. " When Maturi keeps watching one thing for a long time, it is important to relax your eyes moderately by moderately "looking at 20 feet (20 feet) ahead every 20 minutes" He said it was effective.