It was revealed that the cause of the problem that the iOS application of the mini blog service " Tumblr " disappeared from the App Store was due to child pornographic images being handled on the same platform. Tumblr explains why the image was released because "an automatic industry-standard database for filtering did not contain child pornographic images that caused problems."

Tumblr's iOS app disappears from the App Store, due to inappropriate content - GIGAZINE 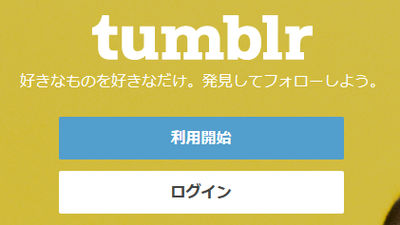 Tumblr publishes information on this matter on the official blog and is updating from time to time. According to the contents updated at 19:45 on November 19th local time, Tumblr checks the data uploaded from the user against the industry standard database of sexual child abuse images and eliminates the relevant ones from the platform Although we adopted a mechanism to incorporate the mechanism, we have received measures to stop the delivery of the application due to regular audits that images that were not included in this database were released.

It is said that Tumblr immediately deleted the illegal content after the discovery of this case, but it seems that there is no prospect of the application distribution restarting at all.