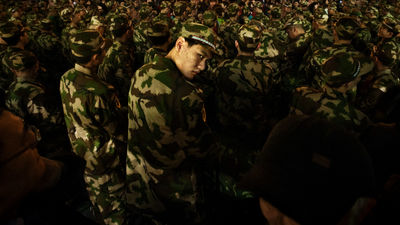 AI (artificial intelligence) is expected to be utilized in various fields including medical field . Of course, it also includes military purposes. At Beijing Institute of Science and Technology in China, there seems to be a "weapons system development" curriculum that collects young people under the age of 18 to create the next generation "AI weapons" developers. More than 5,000 to 27 boys and 4 girls were chosen as candidates for the "Advanced Weapons System Experiment Program" at Beijing Institute of Technology, also the best weapons research institute in China. All ages are under 18 years old, and South China Morning Post reports that the start of this program means that China placed importance on the military use of AI technology.

The program is a four-year program, where students first learn "fundamentals" from university weapons scientists and military industry stakeholders, and then proceed to specialized fields such as mechanical engineering, electronics, weapons design and so on. After that, we will conduct on-site training at research facilities that can make use of their own skills, and after four years we will proceed to doctoral course, and eventually it is expected to be the next generation leader to support Chinese AI weapons.

The professor at Beijing Institute of Science and Technology said the students as "special smart children are complete, but that alone is not enough," and said, "For example, the creative thinking, intention to fight, the indomitable spirit to overcome the difficulties, Other elements are also necessary, and enthusiasm for development of new weapons is indispensable, and we must continue to be a patriot ".

According to Eleanor Powels belonging to the Center for Policy Research at the United Nations University, the program of Beijing University of Science and Technology is the first educational course for universities aimed at using AI military aggressively and strategically It is said that. A similar program is kept secretly in the US Department of Defense Advanced Research Projects Agency (DARPA), but this is mainly focused by scientists. The main difference is that China's programs focus on nurturing students.

Stuart Russell of the University of California at Berkeley accused me of this movement "It's a very bad program." "Machines should not be allowed to kill people, such things will soon become weapons of mass destruction, the participating students would like to challenge the program after seeing" Slaughterbots " I commented.

"Slaughterbots" is an image of less than 8 minutes published in 2017, and it is preaching the dangers of machines killing humans.


Nonetheless, China is not obediently listening to Mr. Russell, so it may be that the danger that is truly drawn with "Slaughterbots" in the world is near at hand ....