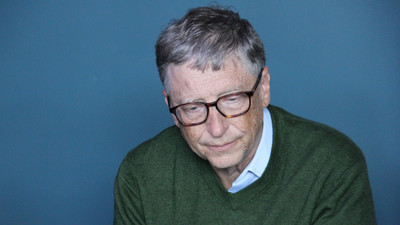 Bill Gates, co-founder of Microsoft and the creator of Windows, insisted that "in order to solve the climate change problem, we should promote the development of nuclear technology". Mr. Gates persuaded American Congressmen to actually support advanced reactor development, and the Washinton Post reports that there is already a huge budget for nuclear energy related projects. 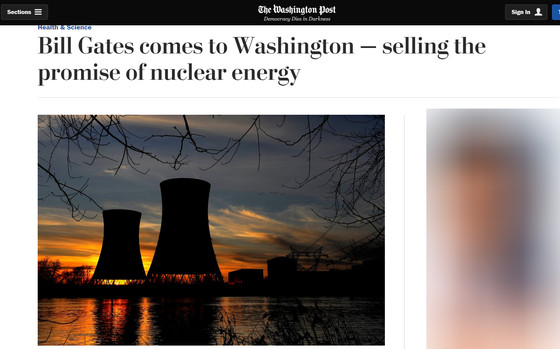 In his summary at the end of 2018 , Mr. Gates said, "To regain America's leading role in nuclear energy research and to persuade aggressively to adopt advanced nuclear development technologies to solve climate change problems" I gave it as a goal for 2019 and revealed that I am planning to work to persuade American leaders in fact.

According to The Washinton Post, Mr. Gates will personally invest $ 1 billion (about 110 billion yen) to TerraPower , a research company established by himself, and furthermore it will procure 1 billion dollars with private capital. Mr. Gates says that stable supply of renewable energy such as sunlight and wind power is unlikely to be expected, whereas power generation by a nuclear reactor of the next generation called a traveling wave reactor that uses depleted uranium and does not require long- It is available 24 hours and insists that it is an ideal energy source that can cope with climate change well enough. We say that risk of nuclear accident can be solved by technological innovation.


As @ IEA highlights in the latest report, governments have an incredible opportunity to shape the future of energy. Https://t.co/YCPep4ytgn


In addition, Mr. Gates interviewed the lawmakers of the Democratic Party and the Republican Party, persuading them to appeal the necessity of nuclear power. With Gates's persuasion, The Washinton Post reported that 221 million dollars (about 24 billion yen) was approved as a budget necessary for developing a traveling wave reactor and a small nuclear reactor. Since Three Mile Island nuclear power plant accident occurred with meltdown in 1979, the public opinion in America is inclined to anti-nuclear power. Society's interest in research on " nuclear power for peace " has been declining every year, and companies in the nuclear sector are not popular among investors. Mr. Jonah Goldman of Gates Ventures says, "Gates never directs TerraPower, the best spirit and the best lab system, and the entrepreneur who thinks that it is ok to take risks is in America I am talking to the interview of The Washinton Post.

However, many of the nuclear experts said, "The development of a traveling wave reactor developed by TerraPower requires extraordinary economic costs, it is completed and put on the market, and it has been decades long before actual construction is done I will oppose it. " 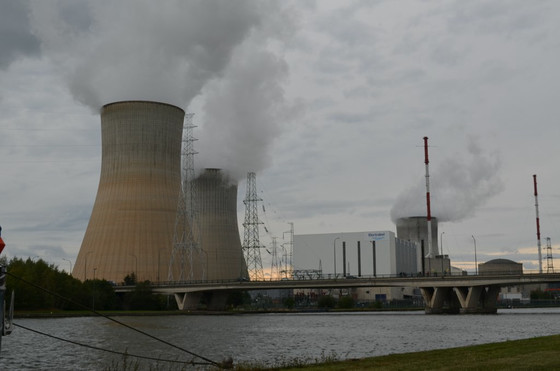