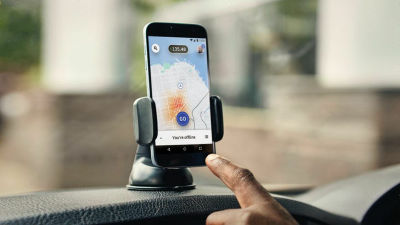 We recorded the labor situation of the driver using the " Uber " dispatch service in 25 cities in the United States and Canada for 4 years and gave an overview of the complexity of the technology company's algorithm "operating" both workers and consumers Alex Rosenblat, who wrote " Uberland: How Algorithms Are Rewriting the Rules of Work " answers a phone interview on the news site · Slate on the relationship between the Uber driver and its "boss" algorithm.

Uber drivers have a boss: the algorithm.
https://slate.com/news-and-politics/2018/10/uber-lyft-uberland-algorithms.html

As Rosenblatt interviewed the Uber driver to write Uberland, Uber connecting the driver and passengers is not different from Google and Facebook in that it is a Silicon Valley technology company, so "expectation What influences the Silicon Valley culture has on the way of work? "When he was born outside, he said that he was interested in that.

According to Mr. Rosenblat as a result of investigation, although Uber stated that "the driver treats it as an independent contractor," in fact, the driver grasps that it is managed by "boss". This boss is an "algorithm" adopted by Uber and states that rules encoded in software form the way of doing work and rules as Uber driver's boss.

Very interestingly, the Uber driver tended to prefer the boss of a face-blind algorithm that gives instructions to himself more than a disruptive human boss who scolds and scolding sometimes . Nonetheless, in terms of intervening in detailed points such as the timing of brakes, it may be given more harsh commands than human bosses. Mr. Rosenblatt felt that it was interesting during the survey that Uber ambiguously blurred the boundary between work and consumption. Uber's lawyers with many drivers over the distribution of the compensation that the driver receives are, Uber's lawyer said, "Drivers are 'consumers' that use Uber's technology just like passengers,' There seems to be a claim that Uber says that the driver will be positioned as the end user of the software depending on the situation. But if you position it as a consumer of a service rather than a contractor as a business partner, Rosenblatt points out the possibility that the driver will receive a wider range of protection by the Consumer Protection Act than the labor law.

According to Mr. Rosenblat, the driver will have various emotional experiences by using Uber. At first, a driver who is excited from the expectation that you can try new things and gain more money is a thing to experience "new work". However, the driver does not understand all the information that you need to know to work with Uber. Therefore, it seems that there is a possibility that frustration may increase, for example, "I feel unfair evaluation of passengers".

In addition, a lawsuit has been brought against the Federal Trade Commission for a fine of 20 million dollars (about 2.2 billion yen) because Uber is recruiting for misunderstanding that the driver gets a higher income than it actually is As you can see, there are definitely drivers who feel that they can not get high income as expected. Therefore, Mr. Rosenblatt expresses that the driver sees the "combination of frustration and frustration" as the driver sees the situation. Mr. Rosenblatt points out the problem of trust and fairness about the problems of the system where the driver is managed. Drivers can receive support by e-mail when trouble with passengers happens, but from the service center in the Philippines it is not unlikely that only mechanical template e-mails can be received, so the driver is confronted with difficult problems Mr. Rosenblatt feels that there is a problem in not having the confidence that it is being treated fairly when doing.

It is also interesting that the driver tends to choose Uber rather than Lyft as a result of using rival Lyft as well as Uber. Drivers are saying that it is a reason for choosing Uber as "highly reactive". In addition, Mr. Rosenblat cites Uber's message for excellence.

When Uber changes the conditions to lower the fare, "cheaper fare is synonymous with higher income" "payment to the driver decreases, but earnings increase, more passengers will use you From ". In contrast to Lyft, "I am sorry, I will use the expression" I can not reduce the fare due to rebate of competitors (Uber) fares ". It is another expression to convey the same content, but it reflects the company culture of both companies well. 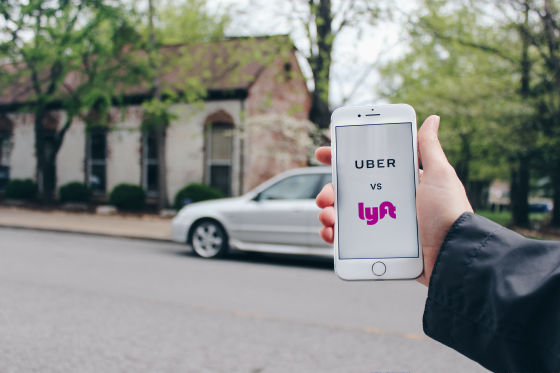 People who advocate Uber and Lyft's services cite "free time and flexibility" as an advantage. Mr. Rosenblat, who was asked for opinions on this, said that the flexible schedule has significant meaning to the workers and in fact the driver actually gives a high evaluation to that point, but he wonders whether it will be "free" I am exhibiting.

Although Uber uses rhetoric to position the driver as "entrepreneur", Uber can control driver's reward unilaterally and the driver has only the right to negotiate in the form of presenting a discount. Mr. Rosenblatt seems to think that the driver is never able to obtain a customer list and that there is freedom in the fact that it can not build a business.