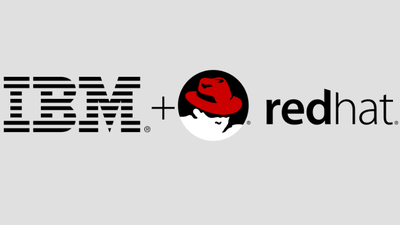 IBM announced that it will acquire Linux distributions and Red Hat offering cloud software. The purchase amount is 190 dollars (about 21,000 yen) per share, totaling about 34 billion dollars (about 3.8 trillion yen), which is the biggest acquisition ever for IBM. IBM's Chairman, President and CEO, Ginny Rometti said in a statement, "The acquisition of Red Hat is a" game changer "that changes everything in the cloud market." "IBM became the world's leading hybrid cloud provider, We will provide companies with solutions that maximize the value of the cloud. "

According to Jim Whitehurst, President and CEO of Red Hat, Red Hat will become a division of IBM after the acquisition, but he will not change the way he engages in open source. The open source market seems to be estimated to be $ 73 billion (about 8.2 trillion yen) by 2021, and Red Hat blog says, "By being together with IBM it will be possible to accelerate open source innovation Can be written "is written.

Red Hat's success is said to be an " open decision-making framework " that consists of five principles: "open opinion exchange", "participatory", "meritism", "community", "quick and frequent release" Is it worrisome whether the attitude can continue even under the umbrella of ___ ___ ___ ___ ___ 0