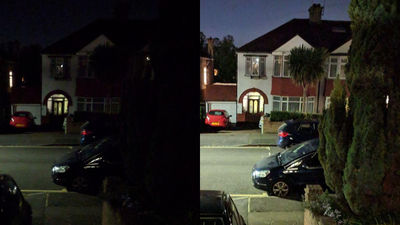 On Google's high-end smartphone "Pixel" series, we found that Night Sight mode for low light / nighttime shooting is added to the "Google Camera" application. Functions can be used before official release by Mr. cstark 27 who is a user of Android forum · XDA - Developers, and surprising Pixel users to their high performance. 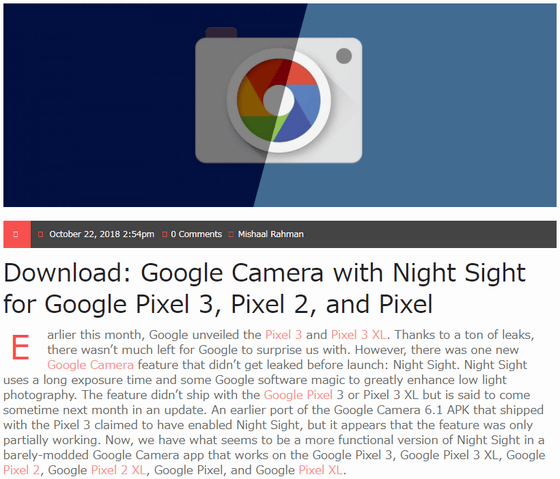 Illustration pictures are also released. Below are the pictures (left) taken with HDR of Pixel 3 and the photos taken by Night Sight (right). Pictures that only barely visible baby beds, so that you can see the easy chair next door. 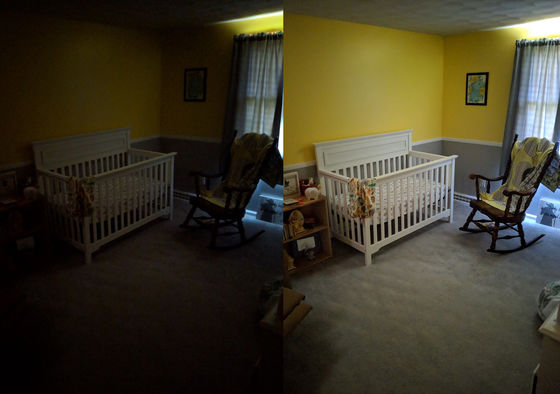 This is a picture taken with Pixel 3 XL. It became clear that the white boxes that were vaguely reflected were those of Pixel Stand.

This is also taken with Pixel 3 XL. There is a difference as if you took a picture with lighting on.

Night Sight can be used not only in Pixel 3 series but also in past models. The things below are taken with Pixel. 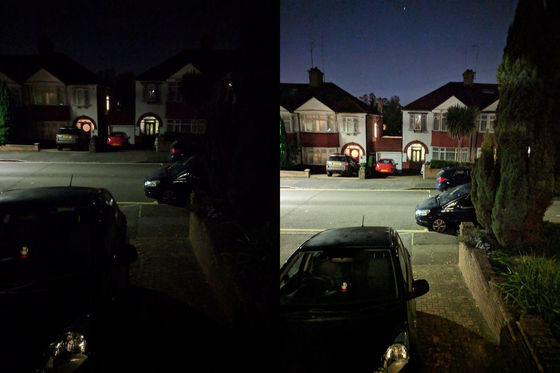 Even at The Verge of the news site, we updated the camera application of Pixel 3 XL based on Mr. cstark 27's information and released a sample using Night Sight. In The Verge's example, you can compare Night Sight with Normal using the slider, so you can see the difference in more detail. 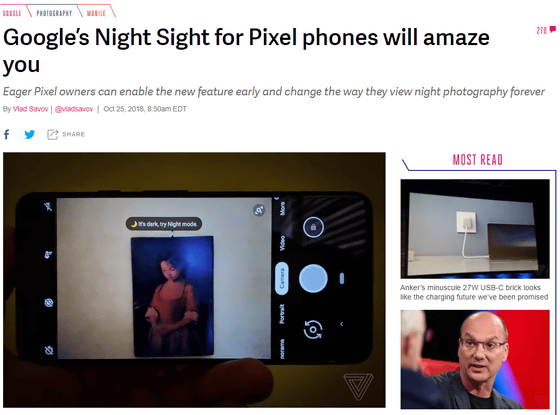 In XDA - Developers, APK file of camera application which Night Sight can be used by Mr. cstark 27 is released, but in November the official application is updated and anyone can use Night Sight with Pixel series plans. Due to Google's adjustment, image quality etc. may change.