90% of 'SALT' brands around the world find microplastic 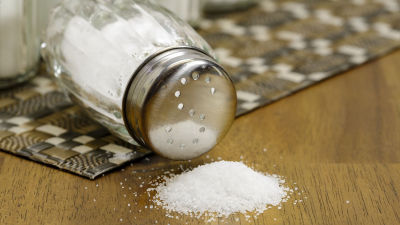 It is pointed out that the micro plastic particles produced from discarded plastics are dangerous affecting marine organisms and the health of people who eat them. As a result of investigating the microplastic contained in the salt to be sold all over the world, pollution was confirmed not only to salt taken from the sea but also to rock salt contained in 90% or more brands, and the damage range was The reality that it spreads all over the world is revealed.

A joint research group of Professor Kim Seung-kyu of Incheon University, Korea, and Greenpeace East Asia collaborated with Australia, Belarus, Brazil, Bulgaria, China, Croatia, France, Germany, Romania, India, Indonesia, Italy, Korea, Pakistan, Philippines, Senegal , 39 kinds of salt that are sold in the countries of Taiwan, Thailand, United Kingdom, the United States and Vietnam, we investigated whether microplastic is contained. These salts include not only those produced from sea water but also those derived from lakes and those derived from rock salt. Until now, marine microplastic contamination due to plastic waste discarded in the ocean centering on Asia was regarded as a problem, but in this survey microplastic was also detected from salt derived from lake and rock salt , It is understood that microplastic contained in salt is found to be a problem of the whole world. Professor Sherry Mason of the University of Minnesota said, "This study shows that microplastic exists anywhere in the world, not safe because we are buying sea salt in England," It is.

Also, in this study, the amount of microplastic contained in salt was also investigated, it was Indonesia that the most microplastic was detected per unit kilogram. And the detection of microplastic in Asia such as China, the Philippines and so on is prominent more than in other regions such as North America and Europe, and it is also found that Asia is "micro spot" of micro plastic. According to Professor Kim Seung-kyu, "Even if we exclude Indonesia's sample with the highest pollution level, if we assume that we take 10 grams of salt per day, we can take hundreds of microplastic a year There is sex. " 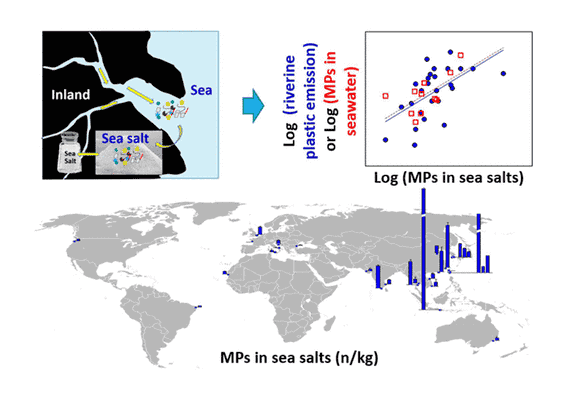 Mr. Kim Mi-kyung of Greenpeace East Asia says, "In recent years, it was clear that microplastic was contained in seafood, wild animals, and tap water, but it was also found in salt As long as the plastic outflow to the sea and river continues, it is clear that there is no escape place in the plastic crisis, "he says, by taking measures to reduce plastic waste and proactively advance recycling and fundamentally plastic problems We can not solve global food contamination problems without solving it.