Why did the CEO group stand up for survival against the cancellation of basic income experiments? 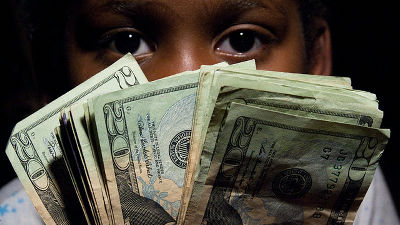 The basic income system that the government provides the necessary money to bring a minimum life to all the citizens is undertaking social experiments in various countries around the world and also confirms examples that actually give positive results It has been. Meanwhile, when it is decided that the experiment of basic income which had been carried out in Ontario in Canada is canceled, the CEO of the company supporting the system forms a group and acts to appeal for the continuation of the program.

The history of the basic income system is old enough to be surprising and its origin can be traced back to the Poor Law enacted in England in 1957. In the background there are reasons such as to compensate for everyone's living a minimum human life, or to avoid confusion caused by increasing the number of poor people in society, but on the other hand "work motivation Critical thinking such as losing and lazy thinking advances ", and social experiments are carried out to confirm the effect including those adverse effects.

One such case has been in effect since June 2017 in Hamilton, Ontario, Canada. In this program, approximately 4000 residents receive approximately 2000 Canadian dollars (CAD: approximately 170,000 yen) monthly. The details are introduced in the following article, but one of the residents participating in the program says "Life has changed completely".

What do residents of Ontario who introduced "basic income" which can receive the minimum necessary money for living without working? - GIGAZINE 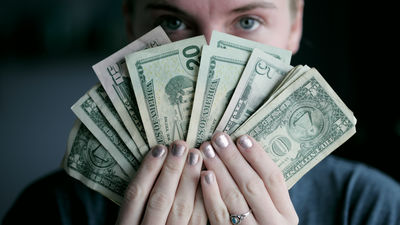 This experiment was promoted by the then liberal regime, but it was announced that the program will be canceled at the end of July 2018. The background is that there is a big change that the Progressive Conservative Party led by Doug Ford's party leader in Ontario's parliamentary election held in June of the same year grew seats significantly and the regime was recaptured for the first time in 15 years . Mr. Ford is newly in the position of the state prime minister of Ontario.

For reasons why the newly established Ford administration decided to cancel the basic income test program, "reasonably expensive" and "why it is not an answer to the residents of Ontario" are indicated by reasons often used by anti-basic income groups It was said that it was done. As a result, 4,000 subjects who participate in the experiment and receive money will be paid in March 2019.

However, it was the CEOs for Basic Income group of 100 CEOs who are doing business in Ontario, waiting for this policy change. The group seeks continuation of the test program, launches the Ford website and shows open question forms to Ford's prime minister. 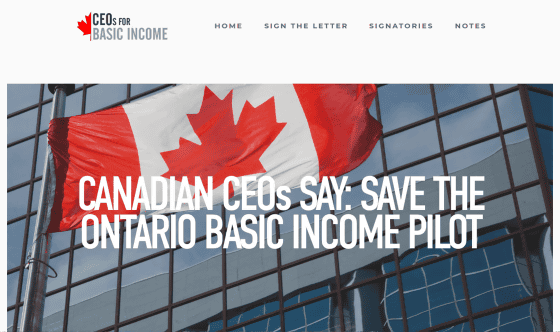 The group is seeking the survival of the basic income experiment, but the reason is that the same experiment is "to replace an inefficient welfare program to raise awareness of work" and as a result, it is provided by CEO companies We mention that products and services will purchase more products. In addition, in the statement, it is indicated that the wage deprived and the disappearance of the middle class no longer has a "contested attitude by leftist and right wing" of "reorganization of welfare system" and "laziness" became obsolete I will.

Mr. Floyd Marinecheu, a member of the group, CEO of C4Media said about the significance of the group's activities "Progressive Conservative Party read this open questionnaire and know that basic income will bring good results to the economy It is also a conservative approach, "he says in an interview with the local Toronto Star newspaper.

The program of basic income promoted by Ontario Province is more payable than the welfare policy of "State Monthly 343 CAD (about 40,000 yen)" operated by the Province, with single, annual income of 34,000 CAD ( About 2.9 million yen) It is said that it is contents to pay 19,689 CAD (about 1.5 million yen) annually to the following residents. Also, in addition to establishing standards for people living with partners, a monthly charge of 500 CAD (about 43,000 yen) will be added to disabled people. It is a big progress for domestic households, but there are restrictions such as the amount equivalent to 50% of the income is deducted from the basic income.

Participants in the program also need to withdraw from social support programs, including assistance for disabled people. In the case of residents already using disabled subsidiary programs, the amount of payment itself will increase, but medical cost support will be cut, so how the total expense will change will become an important point .

There is also a view that the welfare program that has been continued in Ontario is "miserable" and "it is overly overwhelming", there is also a negative view on canceling the basic income experiment and restoring it It is said that. The CEO group should not return to such a traditional way, but is seeking to continue the experiment of basic income, which is a new "conservative" way.