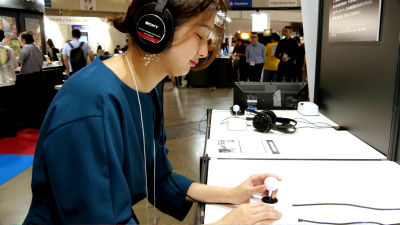 Video games depend on visual information in many places and it is difficult to erase the TV and play without images, even if you can play with mute without sound. However, there is a thing called " audio game " that does not require such video information at all, play only with sound. A Yukio's game creator of the blind is Nozawa that of the no game the sound has been making from a young age, he is the project "Audio Game Center" that the king of the audio game that was created get to experience a variety of people, Tokyo I was exhibiting at the venue of Game Show 2018 and I was able to meet a magical game center without this monitor by chance. When I played the actual audio game for the first time here, I was surrounded by a unique feeling like sharpening the non-visual five senses that are not found in regular video games.

Indy game booth is spreading in Makuhari Messe's 9th hole, and not only in Japan, various game developers from all over the world are exhibiting artworks that are unexpected. In one corner of such an indie game booth, I found "audio game center". At first glance it seems like an ordinary exhibit, but if you look closely you will not have a "monitor" essential for video games. Only the joystick and the button are placed. 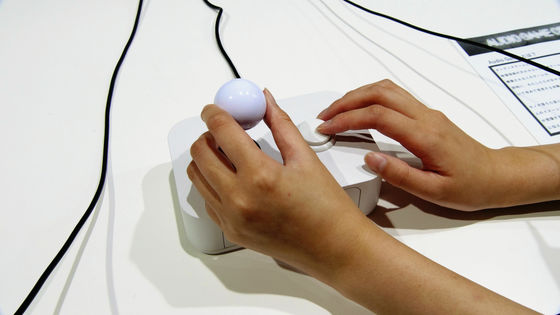 If you look closely well, here it seems that you can play audio games made by Yukio Nozawa, a blind game creator. You can play "SCREAMING STRIKE" game. This is an easy-to-understand game that punches and defeats the enemies that are coming close. However, since there is no monitor, we need to judge from "where the enemy comes from" relying only on the sound coming in from the ear with a headphone attached. When attacked three times from the enemy, the game is over and the score is competed by how many killed the enemies. 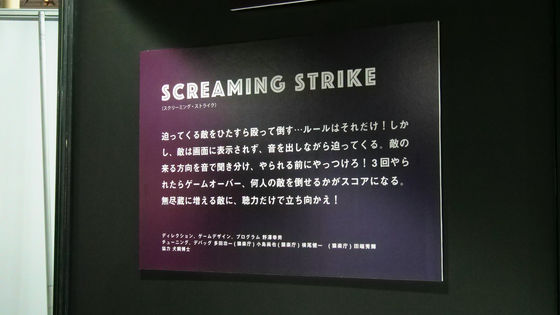 That's why I challenge the game quickly. Wearing headphones ...... Prepare a joystick and buttons in your hands. 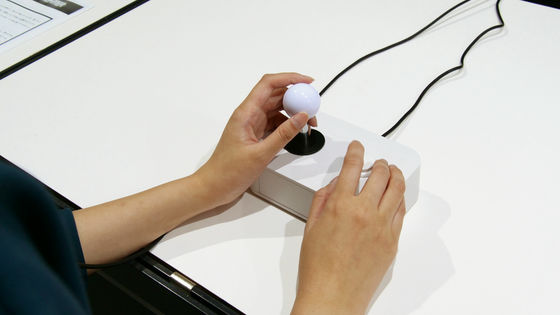 In the case of video games, we will rely on images from the monitor, but since the visual information does not exist at all in the audio game, we can see that we can concentrate more than usual on the information coming from the ear. There is a feeling that the sense of the word other than the visual sense is sharpened more than usual at the time of game play, I feel strange realness though it is game only sound. Although Mr. Nozawa who has been making audio games since childhood, he seems to have expressed the surrounding environment and direction, etc. only by sound from the time when stereophonic sound does not exist, such technology packed also in "SCREAMING STRIKE" That is why. 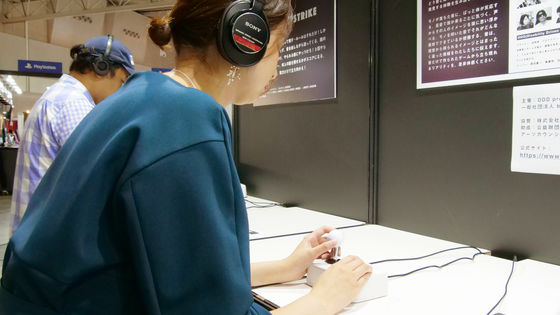 Audio game center which anyone can play audio game which challenges various expressions only by such sound is exhibited at 9 hole "9-B 46" so if you are interested please try going once.

Please note that the audio game center will be exhibited on Saturday, September 29 and Sunday 30th, 2018, so if you are interested please check the details on the following page. 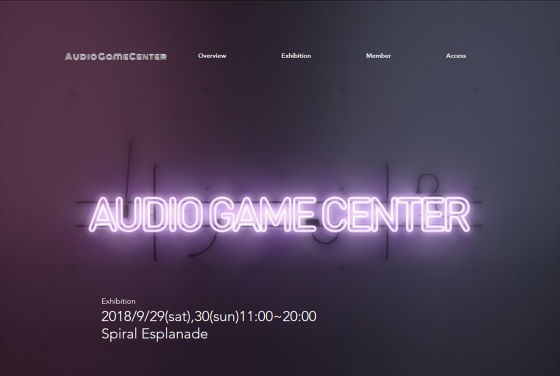