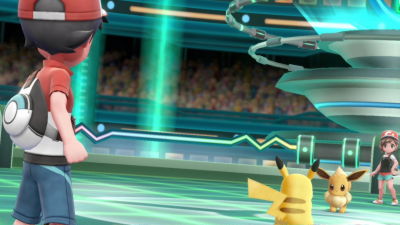 The popular game " Splatoon 2 " for the Nintendo Switch released in July 2017 and the new game " Pocket Monsters Let's Go! Pikachu · Let's Go! Eve " scheduled to be released on November 16, 2018, is a cloud save (Nintendo It is a topic that the formal designation of "save data storage" function) does not correspond to the function.

Nintendo was planning to broadcast "Nintendo Direct" which will announce new game for Nintendo Switch and Nintendo 3DS on September 7, 2018. However, taking into consideration the Hokkaido earthquake that occurred in the early hours of the 6th in Hokkaido, we announced that we will postpone Nintendo Direct's broadcasting.


We decided to postpone the broadcast of "Nintendo Direct" scheduled at 7 am on the 7th tomorrow from the damage situation of the large earthquake occurred in Hokkaido earlier today. Regarding the new broadcast schedule, I will show you again later. #NintendoDirectJP


In this Nintendo Direct, Nintendo announced the details of " Nintendo Switch Online " which is a paid online service of Nintendo Switch, and was scheduled to start the service in late September. However, as the broadcast of Nintendo Direct ceased abruptly, some information of the game which was planned to be released in the broadcast was unintentionally clarified. One example is that Yoshi is accident that the title of the hero's new game will become " Yoshi's Crafted World ".

In the same way, some details about Nintendo Switch Online 's save data storage function (cloud save function) are written on the official website, according to the contents, some of which correspond to cloud save It is clear that it is only game of.

Furthermore, on the overseas official website of " Pocket Monsters Let's Go! Pikachu · Let's Go! Eve " and " Splatoon 2 " planned to be released in November, "This game does not support save data storage function Game Informer has discovered that there is a description "Mr.

In addition, there seems to be similar description in the official page of the game such as Dark Soul Remastered , Dead Cells , FIFA 19 , NBA 2K19 , "There is no description supporting save data storage function". Note that these games support the cloud save function on PlayStation Network and Xbox Live.

Game Informer is inquiring about Nintendo about non-compliance of cloud save of some games, Nintendo side says, "Most of the game of Nintendo Switch supports cloud save, but in certain games this problem For example, it is possible to restore items exchanged with other players from saved data on the cloud, so that you can also return to multi-player ranking in online games that have once dropped In order to maintain fairness in game play, some of the games that are expected to be fraudulent do not support the cloud save function, for example in the case of Splatoon 2, backup data in the online multiplayer ranking So that you can not unfairly reflect Because, I mean it does not enable the cloud save function "and commented.

Please read the following article about the price plan and details of Nintendo Switch Online, which will start from the second half of September 2018. 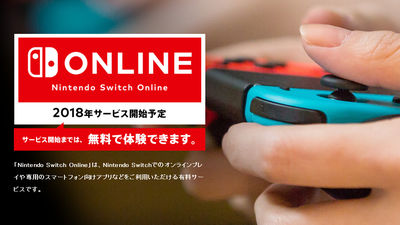