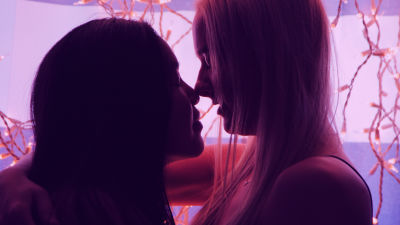 Two women in Malaysia were reported to have been punished for six times in front of about 100 people because "trying sex acts between women" is contrary to Islamic law.

Women canned in Malaysia for attempting to have lesbian sex | World news | The Guardian
https://www.theguardian.com/world/2018/sep/03/women-caned-in-malaysia-for-attempting-to-have-lesbian-sex Women aged 22 and 32 were arrested in April 2018 in a public place in Terengganu where they were inside the car. And in July they were told that they broke the Islamic law by "trying sex", they were sentenced to strike and a fine of 3300 ringgits (about 89,000 yen), and about 100 people including the general public He said he was in a whip at 6 degrees before. The identity of the two women is not revealed.

Mr. Satiful Bahri Mamat of the Terenggan State Council explains that "I did not intend to torture or damage and give a lesson to society" about doing a whip in the presence of the public. According to the local media Star, the strike done against the criminal and the whip to be done by breaking the Islamic law are totally different.

In Malaysia, although women were stung by reasons of sexual crime such as adultery in the past, the activists explain that this is the first time that two women were striking to conduct sexual acts It is.

Thilaga Sulathireh of the Malaysian rights group " Justice for Sisters " said "This case showed a regression of human rights.The whip punishment affects everyone.It is concerned not only with LGBT but for all people It is to do. "

Malaysian authorities, whose majority are Muslims, often take skeptical attitudes towards homosexuality, and in 2017 there was an announcement that cash prizes would be given to videos that enlightened homosexual "prevention", 2018 It is happening that the photo of the LGBT activist will be removed in August.