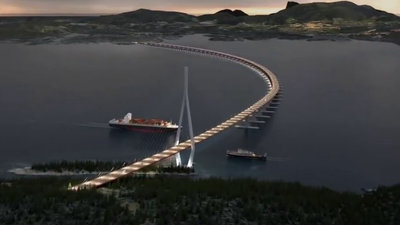 The center of the Christian sun and the central Norway in southern Norway - Trondheim is connected by the road "E39", but since this road runs on the west bank of Norway which is complicated with the fjord , contact by ferry was carried out at eight places It is. As this greatly reduces convenience, in Norway a nationwide project to build bridges and tunnels beyond the fjord is proceeding. Some of the tunnels will be the longest and deepest in the world if completed. You can see what kind of plan is being made in the following movies.


In western Norway there are many fjords deeply subducted by erosion by glaciers. 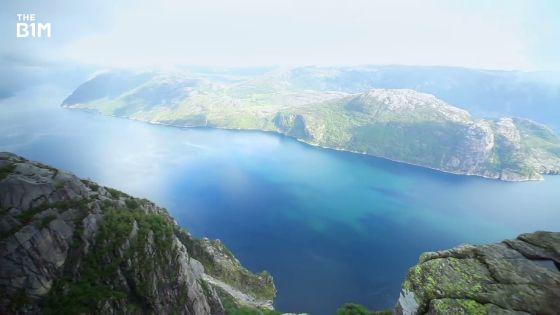 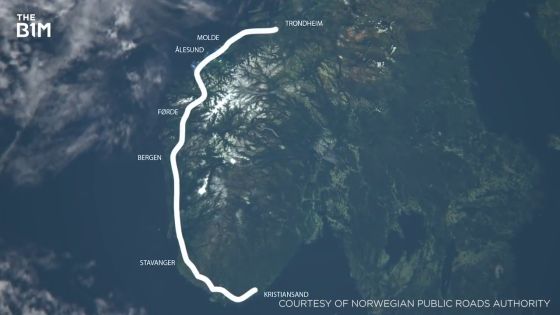 However, due to the influence of the fjord, there are contacts by ferries at eight places, the total run time is 21 hours. In the figure, it is the fjord where the ferry communication is done that is written in orange, and bridges and tunnels are going to be made sequentially here. 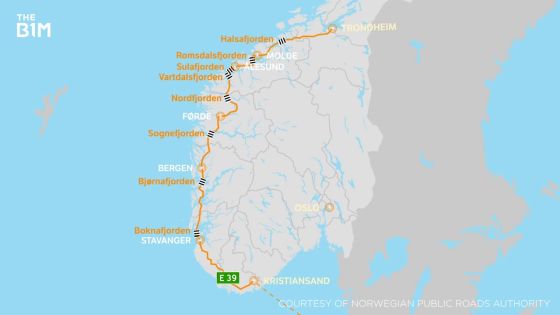 For example, in the case of the southernmost Boca Fjord, a submarine tunnel with a total extension of 27 km and a depth of 390 m is scheduled. 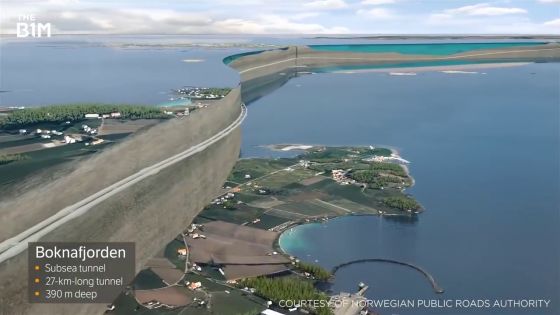 Once complete, this will be the longest and deepest undersea tunnel in the world, and two tunnels in each lane are constructed in parallel, and each tunnel is connected by a link. 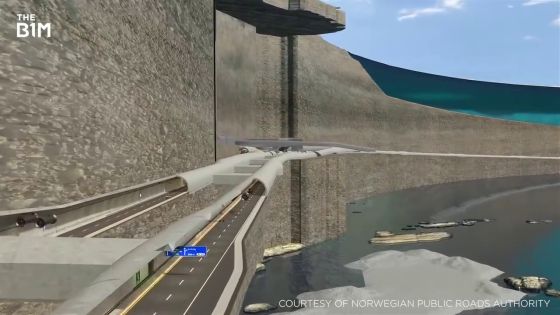 It is planned that a refuge and an emergency escape port will be established on the way that it will become an unparalleled tunnel. 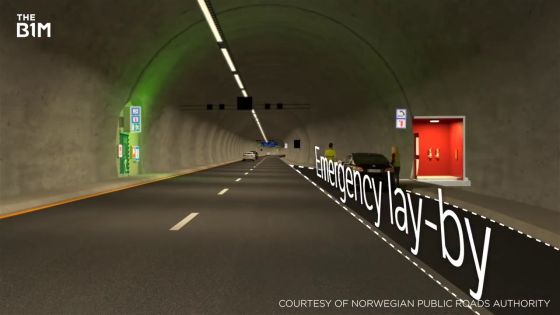 There is also an entrance to Kuvstoi Island in the middle. 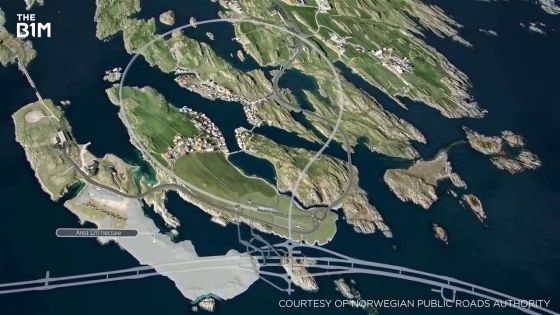 The dotted line that crosses from the upper left to the lower right is the current ferry route with the red mark attached to Kvistoy island, its upper right.


Björniefjord with a depth of 600 m will be crossed over by a 5 km long bridge. 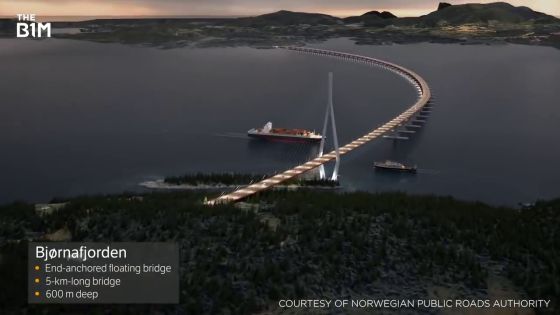 The place is around here.


The Surafjord is 400 m deep and 4 km wide, and studies are being undertaken at either a suspended bridge or a floating floating tunnel. 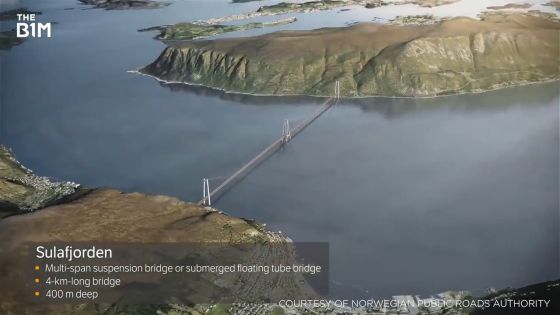 There are many cases of the main tower in the suspension bridge, but in the case of Slavefjord, the main tower will be set up in three places on both sides and the center of the fjord. 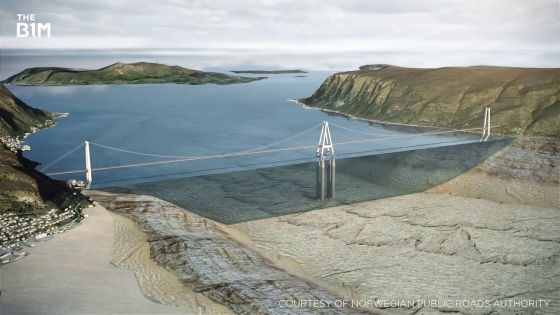 In the case of floating floating tunnels, we will create a tunnel like a bridge across the fjord. The shape of the tunnel is the same as those made in the Bokna Fijord, two lanes by the upper and lower lines separately. However, a tubular tunnel floats on the fjord instead of in the rock at the bottom of the sea, and it fixes to the seabed with an anchor. 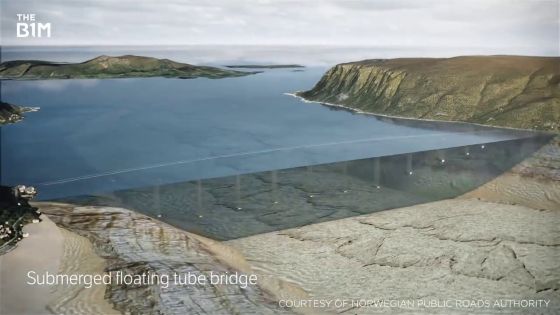 The difficulty is Sognefjord, the world's longest and deepest fjord. Since it is a question of how to connect from the shore to the shore, even if there is not much influence in the world's longest total length of 204 km, the depth is 1308 m so it is impossible to create a submarine tunnel. 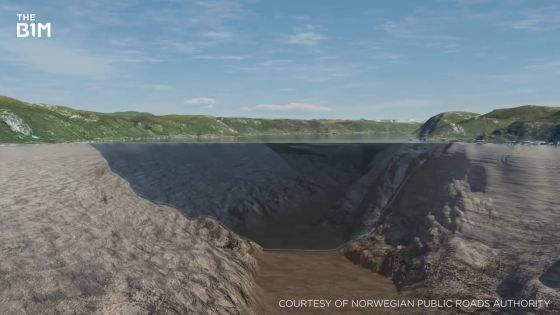 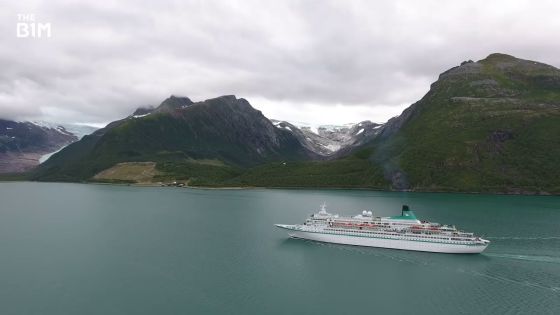 Therefore, several proposals are being considered. One is a "suspension bridge". 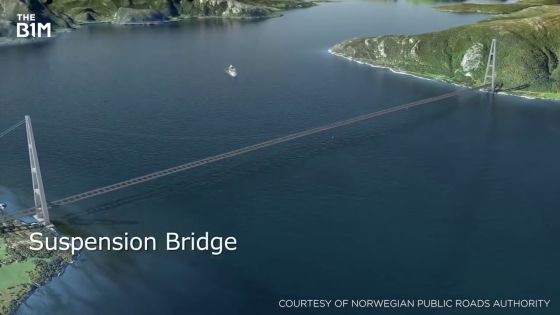 Although it looks like a suspension bridge, it is a "floating bridge" with a main tower fixed with an anchor on the fjord. 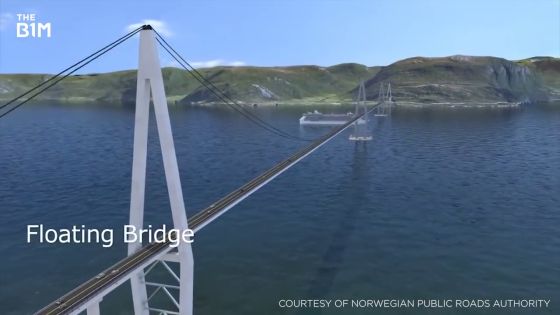 Unlike the main tower of Sulafjord, Sognefjord is deep and can not fix the main tower directly with the anchor to the ocean floor, so we will build a main tower above the scaffold connecting the two banks, and the engineering challenges It seems that it will be a very large method. 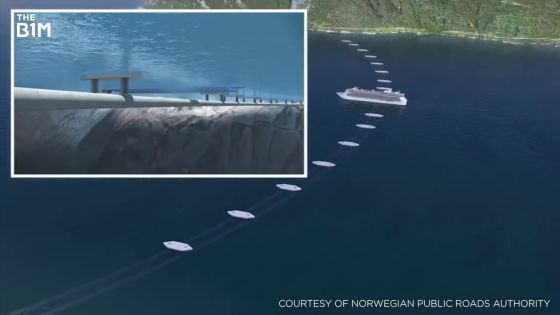 There is also a proposal for an underwater tunnel. 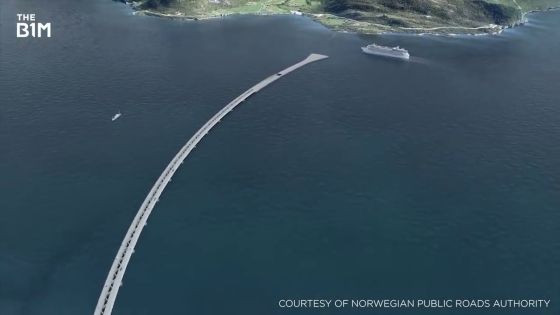 However, instead of passing through the entire fjord through a tunnel, like the Tokyo Bay Aqua Line, we are tunneling only the route part. 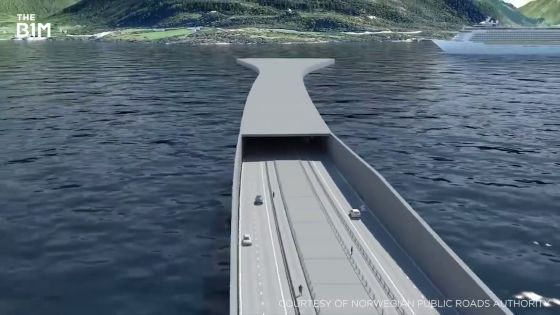 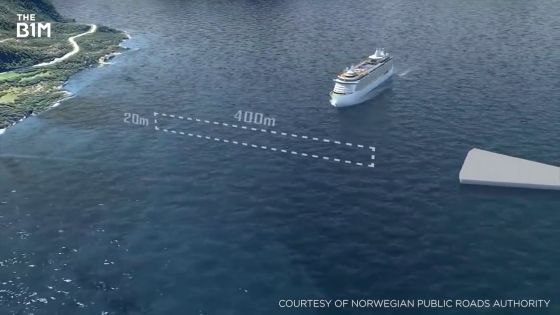 In any case, due to the necessity of safety and environmental considerations, this plan is attracting attention as a model of infrastructure projects around the world.