Contemporary people are constantly bound to smartphones, such as constantly updated twitter timeline, friends' SNS postings, LINE messages from friends, and so on, it can not be said that modern people are always tied to smartphones. As more people sympathize with the words "SNS fatigue" and "smart tiredness", in the UK the sales growth rate of so-called feature phones exceeded the performance of smartphones in "dumb phone (smart phone)" It is reported.

'Dumb phone' sales on the rise as smartphone users hope to switch off
https://news.sky.com/story/dumb-phone-sales-on-the-rise-as-smartphone-users-hope-to-switch-off-11476323

According to a survey of smartphone usage situation in Japan, it is obvious that the average smartphone usage time per day exceeds 3 hours in all ages 18 and older, and 3 hours 23 minutes in 18 years old to 34 years old It is becoming . This trend is similar not only in Japan but also in developed countries, and it is known that in the UK the average for all generations is 2 hours 28 minutes, and from 18 years to 24 years it is 3 hours 14 minutes.

There are an increasing number of people feeling tired of this situation, and there are more people returning to smartphones and returning to a simpler functioning dumbphone. Mary Earthquin, who lives in the UK, said that he alone had left her smartphone and changed to a dam phone. Mr. Erskine said about the reason, "I did not like the fact that I was always tied to a smartphone." "There are times when I was told that" I have checked the screen about 150 times a day "on a friend's day." I am talking. As the number of people like Erskine increased, in the UK the sales of Damphone marked growth of around 5% year-on-year. On the other hand, smartphone sales performance seems to have been about 2% higher than the previous year. Of course, as the scale of unit sales is different, it should be cautious to compare them on the same level, but the fact that the dumphones are growing more than smartphones is that the situation of modern times is reflected It seems likely.

The interesting thing here is that Earthquin did not completely shut down the information because he just released the smartphone. Mr. Erskine certainly threw away the smartphone and changed to a dam phone, but on the other hand, I continue using the iPad. In other words, Mr. Erskine secured the ability to "connect" to the same extent as smartphones, and made a situation to put them in "unconnected environments" at any time by going out with only the dam phone in time and in some cases .

As a result of smartphones becoming easier to connect with society, it is a sarcastic occurrence that the number of people seeking "uncoupled freedom" as a reaction to that has increased, but society is now balanced between "connecting" and "not connected" It may be in the stage of finding out which level is most comfortable at which level. It is interesting whether similar movements will appear in Japan as well as in the UK. 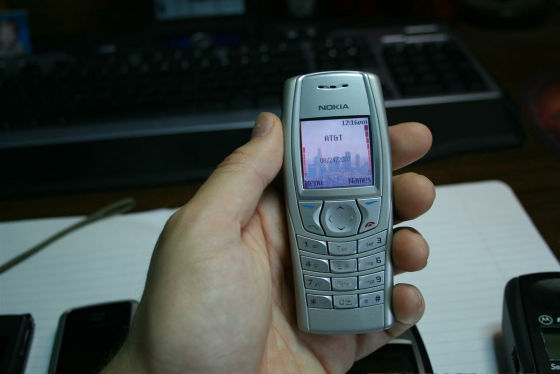