What are the four possibilities expected from modern physics about the 'end of the universe'? The universe was born from nothing about 14 billion years ago and has continued to expand from the state of an ultra-high temperature fireball to the present, but it is said that it is not an eternal existence and will eventually come to an end. Curiosity from overseas media explains the four possibilities of the ' end of the universe ' that can be considered from the perspective of modern physics.

How Will the Universe End? Here Are 4 Possibilities
https://curiosity.com/topics/how-will-the-universe-end-here-are-4-possibilities-curiosity/ However, the idea that the universe continues to change raises the question, 'Is there an end to the universe?' And has plagued many astronomers and physicists. As of 2018, four possibilities have been suggested for the end of the universe. This theory is based on the idea that 'the energy of the entire universe is finite' and 'the universe continues to expand forever'. However, the finiteness of the universe has not been proven, so it cannot be said that the universe will die of heat.

Big Crunch
The idea that the expanding universe changes from expanding to contracting at some point, deflating as if air escapes from a balloon that has expanded rapidly, and finally contracting to a dimensionless singularity is 'Big Crunch'. is. Some scientists think that this singularity will lead not only to the end of the universe but also to the beginning of a new universe. 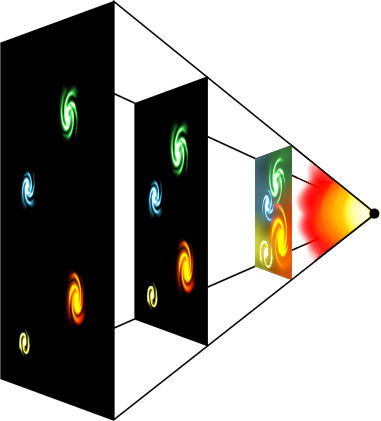 Big Rip
It is said that the hypothetical energy called 'dark energy ' accounts for about 68% of the total energy of the universe. Dark energy is thought to be the cause of accelerating the expansion of the universe, and assuming that the energy density increases over time, it will eventually exceed even the four forces that make up the natural world, and the entire universe will be at the elementary particle level. It is expected that the universe will end with a phenomenon called 'Big Rip' that will fall apart.

The Big Rip hypothesis is a relatively new hypothesis proposed in 2003. However, many scientists are negative to the Big Rip hypothesis, as there are no signs of increased dark energy density. Space theoretical physicist Katie Mack said in a speech in July 2018, 'If Big Rip comes, it will take at least 120 billion years, so don't worry.' increase.

◆ 4: Vacuum collapse
In the world of astrophysics and quantum mechanics, 'the state of the field where no matter exists but the minimum energy is inherent' is called 'vacuum'. In addition, a metastable state close to a vacuum, and a field state in which energy larger than the vacuum is inherent, is called a 'false vacuum'. It's a very difficult story, but for example, a vacuum is a 'calm lake without waves' and a false vacuum is 'a calm' mountain 'lake without waves'. It is not yet known whether the vacuum that fills the universe in which we live is a true vacuum or a false vacuum. 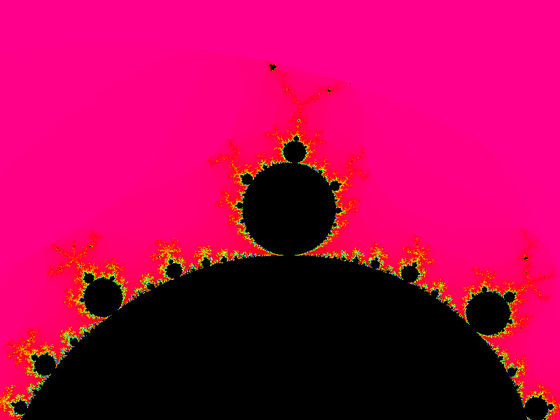 If the vacuum that fills the universe is a false vacuum, there is a possibility of a phase transition to a true vacuum by accident. The 'phase transition to the true vacuum' is, so to speak, 'a state in which the lake on the mountain collapses due to some reason and water flows out to the foot of the mountain at once', and this is called 'vacuum collapse'. When a vacuum collapse occurs in a certain space, an extremely high-energy 'true vacuum bubble' is generated in which the touched structure collapses in an instant. The 'true vacuum bubble' spreads at the speed of light and is impossible for humans to observe, so it is said that the entire universe will collapse without our knowledge.

Heat death, big crunch, and big rip are billions to tens of billions of years away, but vacuum collapse can happen at any time. It's possible that somewhere in the vast universe, vacuum bubbles have already occurred, just because the vacuum bubbles haven't spread to the Earth we live in. However, 'vacuum collapse' is a hypothesis proposed from quantum field theory, and there are many unclear points even in modern physics, and even among physicists, there is an opinion as to whether vacuum collapse can actually occur. It is said that it is greatly cracked.