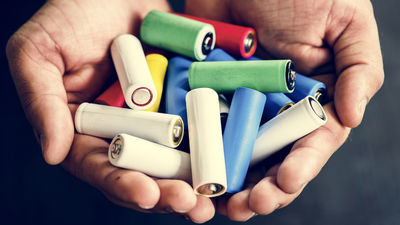 Research on lithium ion rechargeable batteries is still being carried out actively because it is used for driving power of cell phone batteries and eco cars. Especially attention from researchers is " all solid lithium battery " which is superior in safety and production cost. The University of Michigan reports that it has developed a new all solid state lithium ion battery that has double the performance of conventional lithium ion batteries and does not worry about deterioration or ignition.

"Metallic lithium battery" using metallic lithium and liquid electrolyte invented in the 1980s attracted great expectation as a new technology and appeared on the market as being adopted as a battery of a shoulder type mobile phone released by NTT . However, a lithium mass called dendrite was precipitated on the electrode surface, and there was a possibility that it eventually ignited by a short circuit of the battery. At that time, I could not solve this problem, the rechargeable battery using metallic lithium for the electrode eventually ceased to be used. 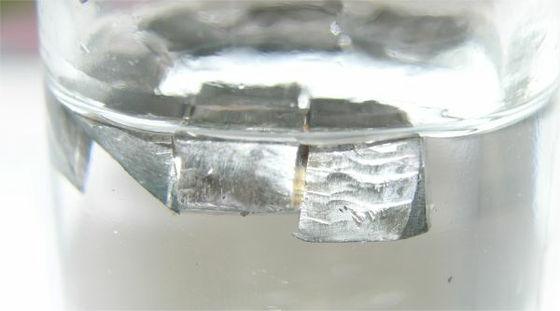 Lithium-ion batteries sold by Sony Energy Tech in 1991 are stable compared to metallic lithium batteries so far because graphite (graphite) used for the electrodes absorbs lithium ions and prevents the precipitation of lithium dendrite was doing. Therefore, until now, the mainstream of rechargeable batteries has become a lithium ion battery.

However, although the charging speed of lithium-ion batteries is much higher than that of metal lithium batteries, the specific capacity and energy density are greatly lost. In addition, the lithium ion battery gradually deteriorated by repeating charging, and there was still the danger of ignition. Jeff Sakamoto, a professor of mechanical engineering at the University of Michigan, coats the surface of the metallic lithium used for the electrode with ceramic solid electrolyte to solve the shortcoming that metallic lithium battery shorts due to dendrite precipitation I thought of the idea of ​​physically stabilizing by doing. After repeated experiments, we succeeded in developing a metallic lithium electrode which does not precipitate dendrite by ceramic electrolyte coated at high temperature.

Nathan Taylor, a researcher at the University of Michigan, says, "We did an experiment to keep using a new metal lithium battery for 22 days, but the electrodes of the battery were not degraded at all. It has been going well for such a long time I have never seen an all solid state battery. "

If all-solid-state lithium batteries using ceramics are put to practical use, they become smaller, more powerful and stable rechargeable batteries than current lithium-ion batteries, and expected to be applied not only to mobile phones and notebook PCs but also to automobiles (EV) I can do it.