How did European people who forgot how to swim for a long time swam again? 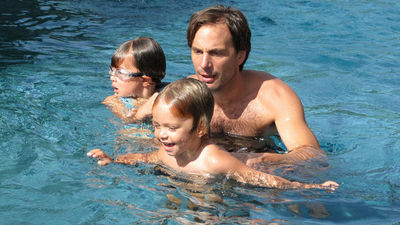 "Swimming in the water" may seem to be a capability to live naturally if you are a living person in a place with a sea or a river, but in Europe, for over 1000 years people "swimming "I forgot. History Today of the web journal which posted about the history of various things is summarizing how such a European person learned how to swim again.

It is believed that people in Europe were swimming in the past but in the Middle Ages many Europeans who are not engaged in fishery and other work are "forgetting to swim". Although swimming itself is not forgotten, the ability of people to swim gradually declined and the sea came to be caught as "a world different from the ground on which mermaids and monsters live".

Weggetius , a Roman writer who worked in the 5th century, wrote that there was a person who was not able to swim among the Roman soldiers of the time, and it can be seen that the Europeans at that time had forgotten how to swim. In the Roman Empire there is a shallow public bath that does not need to swim, 170 public Baths in the Empire in 33 BC, the number of public baths increased to 856 in the 4 th century.

In addition, the importance of waterways has been reduced by the development of transportation infrastructure, while the development of agriculture has reduced the importance of fisheries resources. This seems that more and more people in Rome have become estranged with swimming. Meanwhile, the german people who were said to have promoted the collapse of the Western Roman Empire can swim and the Romans seem to be impressed by their swimming skills. However, the Germanic people gradually turned into Romans, and as the cities were improved, they stopped swimming. The influence of the decline of the culture of swimming is also reflected in religion. When Christianity strengthens pressure on heathens, the gods concerning water are regarded as devils and forgotten, and the positive connection between human beings and water, eventually swimming, has been cut off. The last thing that connects humans positively is a mermaid that is a hybrid of humans and fish, but mermaids are sometimes married to humans and sometimes drawn as ambiguous to kidnap human beings.

In Western Europe after the Middle Ages, the habit of bathing became less, even the Versailles palace of the 17th century boasted of magnificence lacked bathing habits and the toilet had not been maintained, so there was a stench everywhere in Europe at that time It is thought that it was. It was time for the Western European wealthy people to take a bath only to go to the inland hot spring to treat the disease. However, when entering the hot springs people did not get naked, they said they were dressed in linen clothes.

In Germany in the 1530s, as a countermeasure to people drowning, I took the method "not to swim completely", not "teach how to swim". In a university in Ingolstadt, he said he was carrying out the punishment of striking a dead body drowned in the Danube river before burial. A similar "swimming prohibition order" was also enforced in Cambridge , England, in 1571, and penalties such as whip strikes and penalties for people who swam were decided. 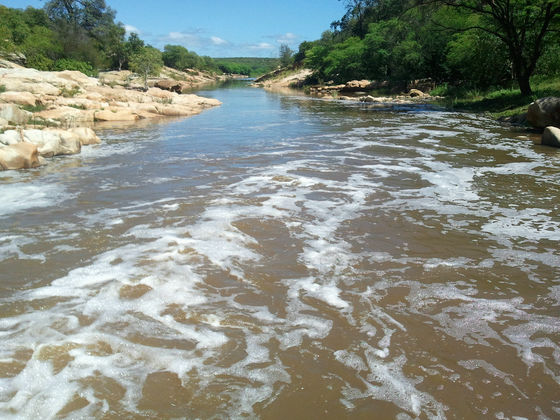 In spite of such a severe situation, there was a movement called "to swim" among British students and educators. Educators such as Thomas Eliot and Richard McCaster have been swimming good exercises and recommended swimming as teaching how to swim can save lives. Among them, Everard Digby is known as a person who published a swimming textbook named "De Arte Natandi (The Art of Swimming)" which left a major influence as a swimming textbook until the 19th century.

In the book Digby says, "I improve my health by wearing swimming and I can live long by keeping it out of drowning," I told the effect of swimming. Digby also states that Roman soldier Julius Caesar also swam and sometimes escaped enemy attacks thanks to swimming. The book also talked about practical swimming techniques and was the first book to explain how to swim in English with illustration. Subsequently, in England, health laws such as "bathing is good for treating diseases" have become prevalent, and even at Harlow and Eaton Colleges , UK's prestigious schools, they began teaching how to swim to prevent students from drowning. From 1810 to 1811, artificial pool for swimming purpose which was the first time in England was made at Harlow school.

Even in Germany, an educator named Johann Christoph, Guts- Mouts published a book called "Kleines Lehrbuch der Schwimmkunst zum Selbstunterricht" in 1798, and about swimming which had hardly been done in Western Europe at that time " A cold bath (pool) is necessary for physical education and a public school should have a pool. " In addition, Moots was the first swimmer in Western Europe to recommend swimming with pants as long as about thighs, bringing the concept of "swimming suit".

In this way gradually the swimming penetrated the people of Europe, and eventually swimming as a race to race against the target of betting and prize money was done, swimming was incorporated into training of the army. In the 21st century, billions of people are going to swim as part of their health and entertainment. "In the future, if global warming progresses and the area of ​​water occupying the earth surface increases, it will become more familiar to people," History Today summarized.