An innovative `` artificial pancreas '' that you can make yourself for 30,000 yen was born by piercing the security hole of medical equipment 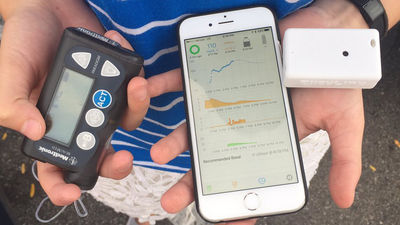 type 1 diabetes ”, whose secretory tissue for the blood glucose inhibitor “ insulin ” is killed, must be given regular doses of insulin. A project is underway to create an ' artificial pancreas ' that automatically administers this insulin using existing medical equipment and a small computer of $ 250 (about 27,000 yen).

Type 1 diabetes is a disease in which the pancreatic islets of Langerhans die for some reason. Islets of Langerhans are insulin secreting tissues. If β cells are killed, the body's blood sugar level will not be adjusted, which will adversely affect the body. Therefore, it is necessary to take insulin regularly. However, since insulin is a peptide hormone , it is digested and broken down in the stomach when taken from the mouth like a normal medicine. Therefore, to administer the correct amount of insulin, it must be injected directly into the blood vessel by injection.

Sidney Farnsworth was diagnosed with “type 1 diabetes” at the age of eight. Kate, her mother, always had to check her blood glucose level regularly in the morning and late at night for her daughter's side. Kate decided to consult online about how she could manage to reduce her daughter's blood sugar control burden. The idea that came up was the idea of “making an artificial pancreas”.

Insulin blood sugar level management requires three steps: 'Measure blood sugar level', 'Determine insulin dose based on measured data' and 'Administer the correct amount of insulin'. An artificial pancreas that is made with an insulin pump uses a glucose monitor to measure blood sugar levels. The glucose monitor can communicate with smartphones and smartwatches via a Bluetooth connection, and always sends the correct insulin dose wirelessly to the insulin pump on the body. The self-made artificial pancreas is characterized by the fact that the flow of measurement, dose calculation, and administration can be performed automatically while monitoring with a smartphone. 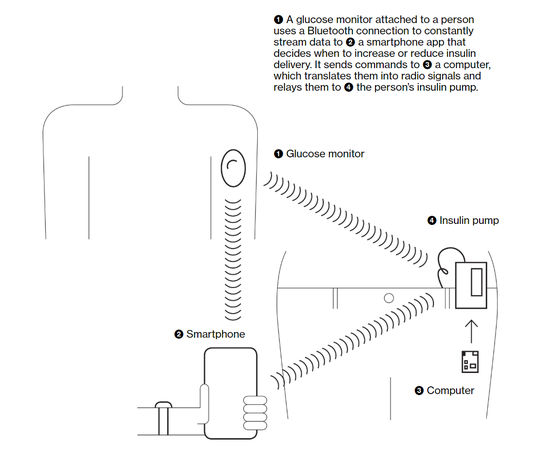 In 2011, a security hole was discovered in Medtronic 's insulin pump worn by Sydney. A San Francisco programmer and diabetes patient, Ben West, hacked the insulin pump through this security hole and devised a system that could communicate with any device by mounting a small computer called RileyLink on the pump. did. Without a Medtronic insulin pump security hole, an artificial pancreas may not have been born. West worked with engineers Dana Lewis and Scott Raybrand to develop a Loop system that fully automates the insulin pump with his own software. West donated a pump to Sydney and raised the material for just 30,000 yen to complete an artificial pancreas. Kate says, “I am happy with the current artificial pancreas. It is very easy to administer insulin at the click of a button. Thanks to the artificial pancreas, the management of diabetes has changed a lot.” . The Loop project is now attracting attention from around the world, and Medtronic has also developed a fully automated artificial pancreas by actively cooperating with Loop engineers. At the end of 2016, we received approval from the US Food and Drug Administration (FDA). Mr. and Mrs. Kate are a Facebook group that has launched a group to support parents who care for children with type 1 diabetes, and is spreading the Loop that can be made at low cost. According to Bloomberg, over 2,000 people are using Loop at the time of writing.

The program used in this artificial pancreas DIY project is published on GitHub .