'Japanese reading' is introduced to BBC of overseas media 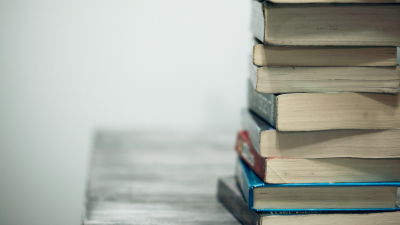 I read books, newspapers, magazines, etc. that accumulate on desks and bookshelves without reading even if they buy it is called " stacking read ". Since books never go bad, BBC introduces the term "piled reading" unique to Japan, although it is easy to purchase if you find something new or interesting.

Tsundoku: The art of buying books and never reading them - BBC News
https://www.bbc.com/news/world-44981013

Professor Andrew Gershl is a person who teaches about pre-modern Japanese books at the University of London. According to Professor Gasle, it appeared that the word "piled reading" appeared earlier than imagined, the letters printed in 1879 had already been printed "stack read", and it was used before that There is a high possibility that it is a term.

Professor Gershl said, "A phrase" read-and-read "appears in a book written by Mori Tigo published in 1879. A teacher who has a lot of books but can not read everything is satire It is highly likely that we are expressing it in a way, "notes that the word" loading and reading "is used from ancient times.

In addition, Professor Gasle explains that it is a very common expression used in Japan, "Although loading may sound like insulting, I do not have any branding in Japan" .


Many Books Is How Too Many Books For A Tsundoku-Like Pile? Pic.Twitter.Com/eLjyVTxyec


Overseas there is "bibliomania (Vibrio mania)" which is a word similar to "loading read". The meaning of this word is "collection habit, book collection mania" etc. It is also the title of the novel written by Thomas Frogar Divdin in the 19th century. According to Divein, "People who were suffering from the Enlightenment were obsessed with unique books such as the first edition and illustrations," the early "bibliomania" was used in applications similar to obsession I understand this. However, according to the Oxford English Dictionary, "bibliomania" is said to be "a person with enthusiastic enthusiasm for collection and possession of books", and it turns out that the meaning has gradually changed in the present age I will.


"Piled reading" and "bibliomania" have similar meanings, but there are important differences. While "bibliomania" is aimed at collecting books, "stacking reading" shows that collections will accidentally accumulate in the presence of the will to read books, so two There are subtle differences in terms.

"Piled reading" is a term related to reading, but there are many people who have experienced similar phenomena in various scenes of life. For example, there are a lot of clothes that have not been worn even though movies and TV programs that I have thought to see are stored in the recorder or purchased.

Especially BBC picked up "Game that is not yet played purchased thoughtful to play" and "Many gamers are accelerating" Steam loading reading "due to discount sale held at Steam" I pointed out.