Learn how robots avoid hitting and kicking bullying by children 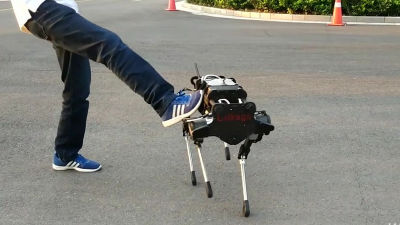 Security robots , such as those placed in large shopping malls, can sometimes block people. Children in groups are particularly interested in robots, sometimes hitting and kicking assaults. In order to avoid such bullying by children, researchers conducted simulations and developed a 'bullying avoidance algorithm'.

You can understand the current situation of robot bullying by watching the following movie.


Robots that roam the shopping malls catch the eye of visitors, and it is not uncommon for people to stand in front of them. 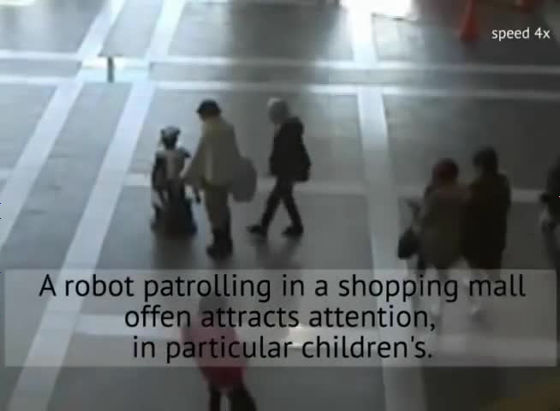 Children are particularly interested in robots. Most children ask the robot to make way ... 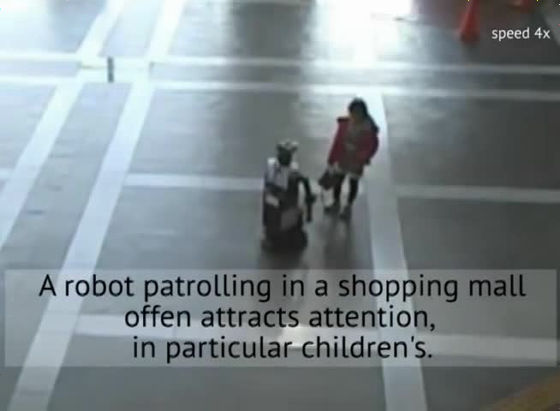 There is no problem as it will open the way quickly. 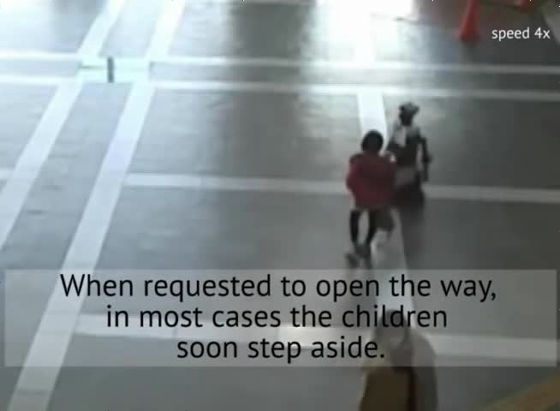 However, sometimes it is surrounded by a group of children, and the robot's request to 'clear the way' is ignored. This is especially likely when the number of children is large and the supervisor is absent. 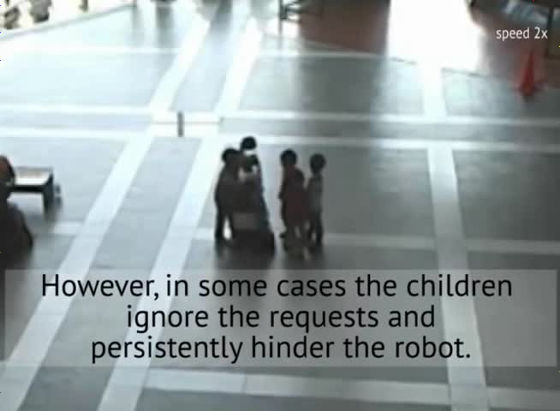 Robots that ignore their request try to change course, but sometimes they block the way and can't even do it. Kagome A robot that has become stuck in the state of Kagome. 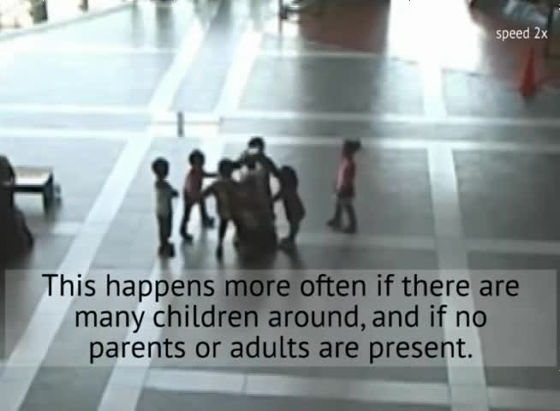 Children's behavior may escalate and be violent. I was kicked ... 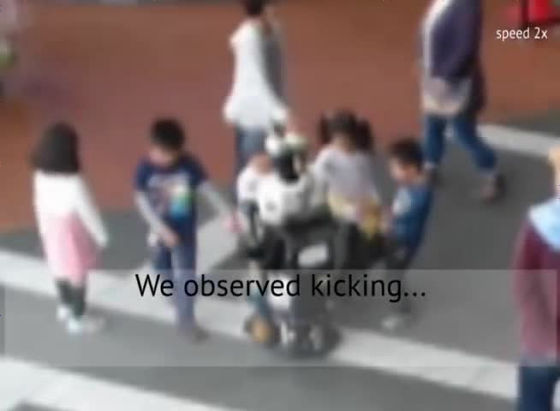 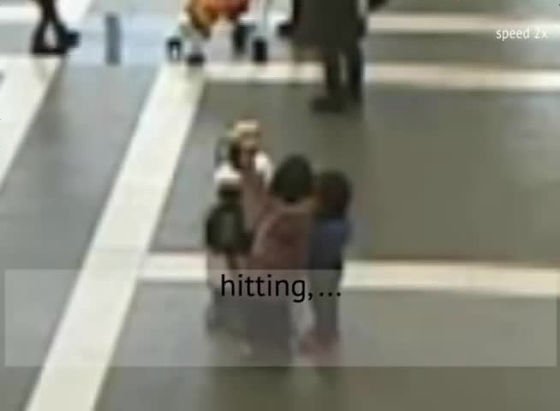 You may be able to throw the ball. 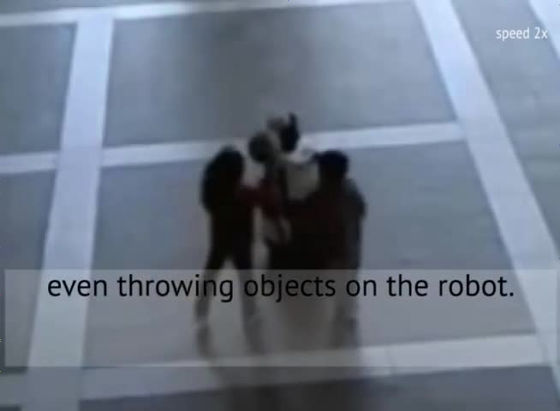 Therefore, the researchers conducted simulations that included models of child behavior and violence. 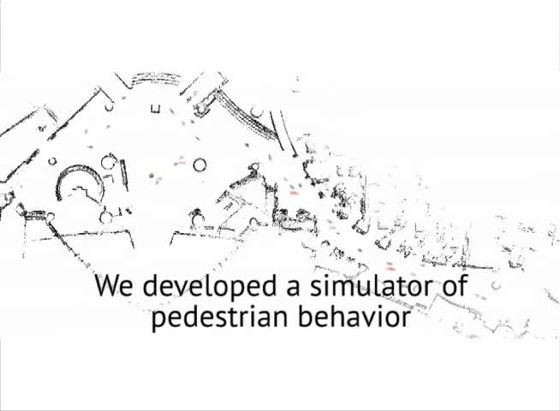 The 'bullying avoidance algorithm' created based on this simulation has made it possible to predict that 'there is a high possibility of violence', and robots are now trying to change their destinations. Specifically, when a robot encounters a person, it detects the interaction time, population density, and whether or not there is a person of 1.4 m or less. Then escape from people under that height and head to groups of taller people or to densely populated areas. 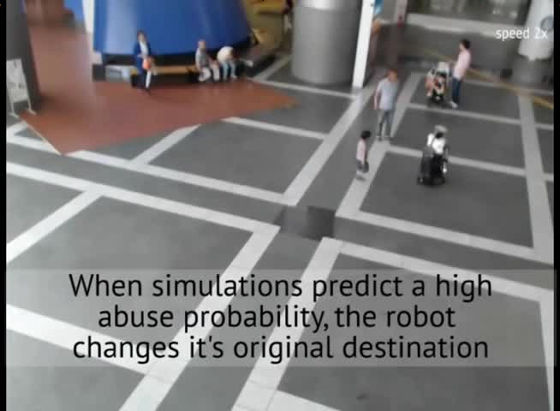 A robot that approaches a child with a parent, judging that it is 'hard to be bullied'. When I actually compared the test results, it seems that the rate of bullying decreased significantly after the simulation. 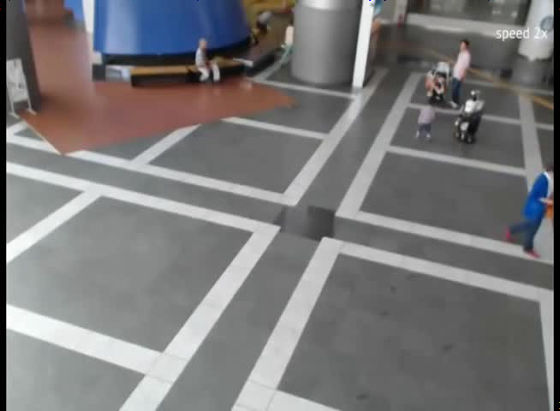 Researchers at the IRC Institute for Intelligent Robotics , Osaka University, Ryukoku University, and Tokai University performed this simulation. Researchers conducted experiments on robots deployed in a shopping mall called Robovie-II. In addition, when interviewing children who bullied robots, 74% of the children answered that they were 'like humans' and 13% said that they were 'like robots'. Studies conducted so far have shown that empathy and compassion develop with age, suggesting that children's behavior stems from their lack of empathy.