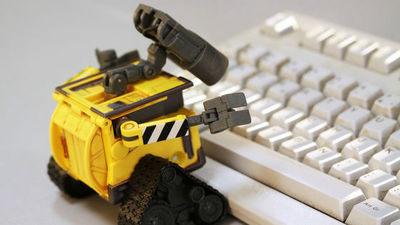 Many people have fears that "human beings are deprived of robotics and AI technology development", and as opposed to automation by robots, there are situations where 50,000 workers strike It is. Meanwhile, in the report released by the World Economic Forum , an international organization that tackles the improvement of world affairs, the claim that "there is a possibility that robots will be deprived of work but there is no need to panic" is being developed.

Robots Are Going to Nab 75 Million Jobs by 2025. But Do not Panic | Digital Trends
https://www.digitaltrends.com/cool-tech/world-economic-forum-robots-take-jobs-2025/

As there are many people who feel that "the robot deprives people's work " is a threat, the evolution speed of that technology is remarkable. A lot of researchers think that "Although robots are deprived of some work by 2025, not all of human work is automated by robots", while many researchers are newly announced In the report, it was predicted that "half of the work of the whole world will be in a state where robotization can be done by 2025".

Even though robotics can be automated, not all robotic tasks can be robbed by robots. However, if the forecasts of researchers at the World Economic Forum are correct, it means that by the year 2025, 75 million jobs will be lost by the robot.

The figure of 75 million is more than 10 million more than the British population, and it is a number that can not be ignored on a worldwide scale. Among the work done by humans as of 2018, only 71% of people are predicted to go out even in 2025, and the remaining 29% is supposed to be done by the robot And that. Considering these data, there is no reason to be concerned about "robots rob the human work". 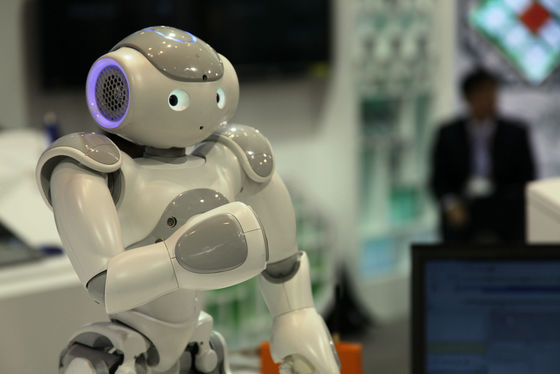 However, the researchers say that it is certainly robotic automation is depriving a lot of employment but it is not necessary to panic. Although it is human nature to inevitably imagine the worst scenario, the World Economic Forum's report states that the emergence of robots will bring not only negative changes but also many positive changes to human society.

One of them is that "While robots rob with many people's work, they create a lot of employment at the same time". According to the report, the number of newly created employment due to the development of the robot industry is estimated to be about 133 million, and it seems that it is nearly twice as long as the employment robbed by robots.

Just like "there are no people who expected to be able to make a living by YouTuber work in 2002", it is difficult to predict what type of employment will be newly created in the future in the future about. However, the report shows some tips on future employment. Specifically, in areas such as "programming" "design" " social intelligence " " critical thinking ", it is analyzed in the report that robot substitution is difficult to occur.