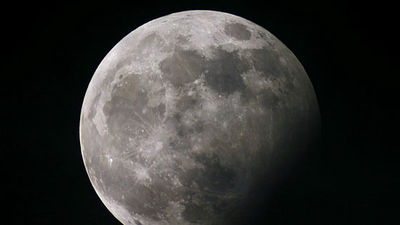 In the Apollo project NASA conducted from the 1960s to the 1970s, we succeeded in landing all six moons and brought out rocks from the lunar surface. Some of the magnetic tapes that recorded experimental data of such Apollo program were said to be "lost", but the "temperature observation data of the moon" is newly restored from the past magnetic tape, and the scientists suffer It has been reported that it helped to elucidate "incomprehensible phenomenon" that came out.

Astronauts aboard Apollo 15 who reached the moon in 1971 and Apollo 17 astronauts who achieved lunar arrival in 1972 have been using moons to measure the temperature of the moon's basement, I filled the temperature measuring device to several meters below the surface.

The plan for lunar landing was terminated at the end in 1972, but the measuring instruments buried in the basement of the moon kept transmitting the observation data from 1971 until 1977 after the end of the Apollo project . The data that observed the underground temperature of the moon sent from the moon is said to have been recorded on the magnetic tape managed by NASA.

The experiment of filling measuring instruments was done to observe how the moon loses heat energy of the main body and to investigate the geological activity inside the moon. However, in 1974, the measuring instruments observed inexplicable temperature rise from minus 16.7 degrees to minus 15.7 degrees, researchers said, "Why did the unexplained temperature rise occur in the basement of the month? It was said that he faced. 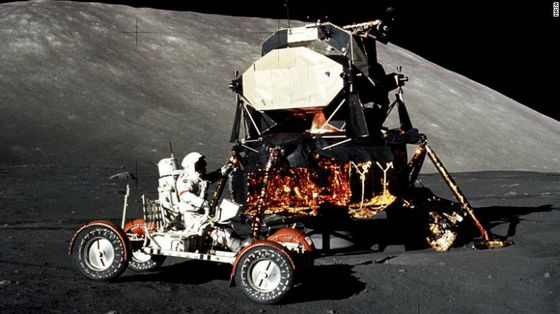 Despite the fact that many scientists have bothered over the decades since 1974, no powerful hypothesis has been proposed to gather a lot of support until recently. The reason is that "The temperature observation data from 1975 to 1977 the following year when the temperature rise was observed has been lost from NASA."

The discovered tape was very old, so in order to restore the data to a readable state, the scientists conducted a careful restoration work for several years and finally succeeded in restoring the data. Dr. Walter Kiefer , author of a paper on the temperature rise of the moon and a researcher at the Lunar and Planetary Institute, said, "Dr. Walter Keefer , a researcher at the Lunar and Planetary Institute, commented," By considering the recently reconstructed observational data for the mysterious temperature rise that occurred in the month, I can interpret it. " The discovery of a piece of a new puzzle enabled the hypothesis that the cause of the temperature rise observed in the month was "the lunar landing of humans and the moon surface exploration of the astronauts themselves" became powerful.

Astronauts ran around with the explorer like the open car on the moon and installed measuring instruments in the basement of the lunar, and conducted a number of geological surveys. The spacecraft disturbed the sedimentary layer ( regolith ) of the moon chill and pebbles which had not moved for a long time, and the regolith was stepped on each time the astronaut walked. The trace of the spacecraft and footsteps of the astronauts slightly darkened, and it became more readily absorbing sunlight. In the place where astronauts worked, Kaifa thinks that the moon surface has absorbed sunlight more than before, the temperature at the point several meters underground also rose.

Kiefer said, "The regolith on the moon is darkened and darkened, and it became easy for the astronaut to absorb sunlight, only within the range of only 50 m to 100 m, only around that area. It seems that the temperature rise occurred and did not have any major influence on the other areas. "We believe that monthly temperature rise was a phenomenon occurring locally.

Associate professor Seiichi Nagihara of Texas Institute of Technology who wrote a paper with Mr. Kiefer said, "The installation of the measuring instruments themselves may affect the observation data.The concern about the error of the observed data, It will be reflected in the design of measuring instruments that collect observation data such as moon. " 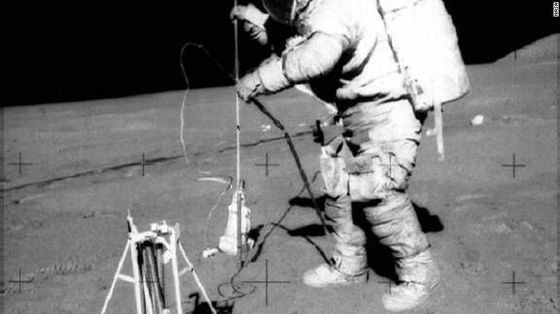