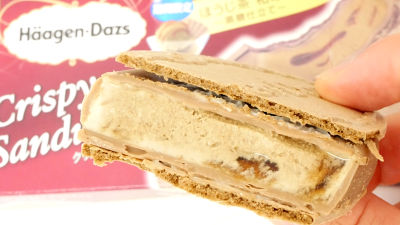 New flavor " Hojima Japanese sweets ~ Tangyu sugar tailoring " has been added for a limited time from Tuesday, July 10, 2018, to the " Haagen-Dazs Crispy Sand " series which sandwiched ice cream with crispy wafers. I tried eating 'Haagen Dazs like' elaborate Japanese style sweets' which combines refreshing fragrance made with Hojicha and rich of brown sugar.

This is Haagen-Dazs Crispy Sand "Hojima Japanese-style confectionery - tailored to brown sugar" (294 yen including tax). The product name "Japanese confectionery" seems to have a meaning of "a sense of luxury like an elaborate Japanese style sweets". Flavor with Haagen Dazs using Hojicha has had mini cup's roasted tea latte in the past, but the one that used "Hojicha" to wafers is the first in Haagen Dazs history. Contents amount is 60 ml. By type of ice cream, "Ice cream" with the highest proportion of milk solids is. There are "white chocolate coaching" "cream" etc. that you can imagine that raw materials are contained as a material at a high ratio. "Hojicha wafers", "Brown sugar sauce", "Brown sugar chocolate coaching" and "Hojicha" contained in the column of milk coaching are attracting attention, in addition to the material of "sum". 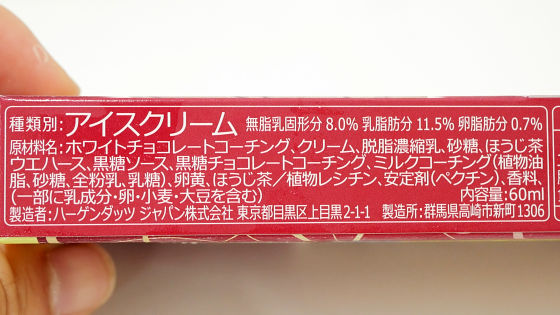 There is a crisp sand in the bag in the box. 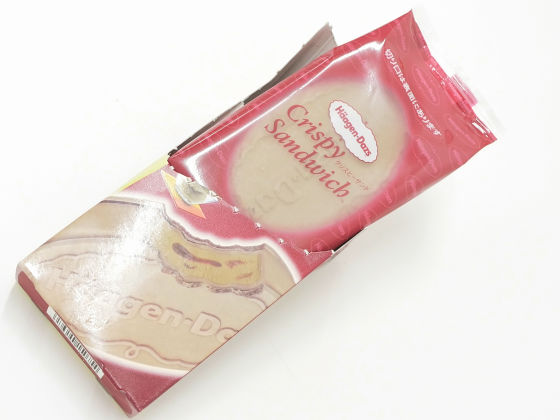 Take out "Hojima Japanese Confection ~ Take a Brown Sugar - ~" from the bag and it is like this. According to the developer, this Haagen Dazs ice cream · coating · wafer, using "Hojicha tea leaf" suitable for each, expresses 'Huejiri-like coloring', but also makes the fragrant and refreshing "Hojicha flavor" It is said that it is withdrawing. 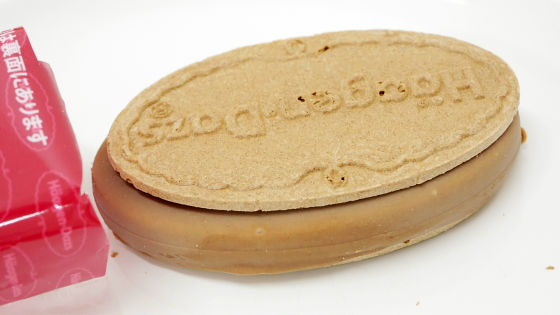 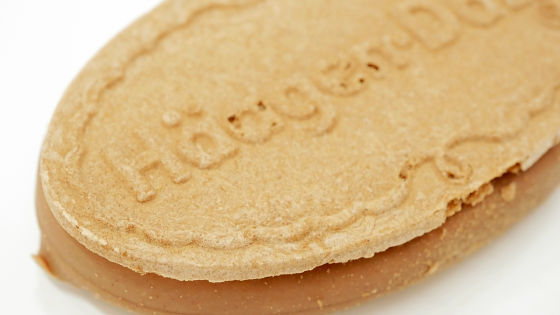 It is "brown sugar roasted tea coating" that uses brown sugar that is sandwiched by the hojiji tea wafers. 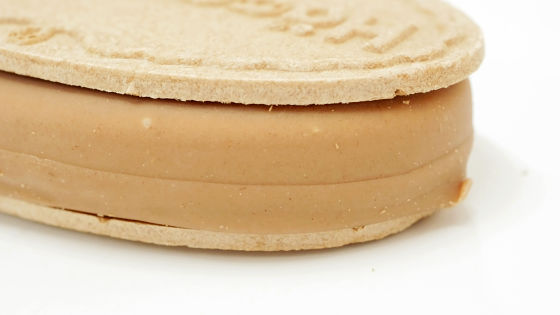 A cross section cut in spite of "Hojima Japanese style confectionery - Take a brown sugar ~" looks like this. 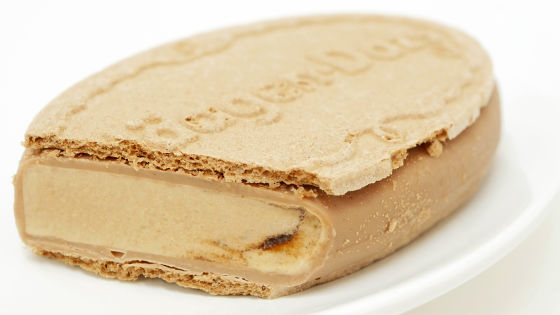 Wrapped in "Brown sugar roasted tea coating" is "Houma tea ice cream." For Hojicha Ice Cream, the "sprout tea leaves" of the sprout of that year are decocted with direct flame and used. The first tea leaves have more umami than the second tea or the third tea, which seems to be characterized by less astringency and bitterness. 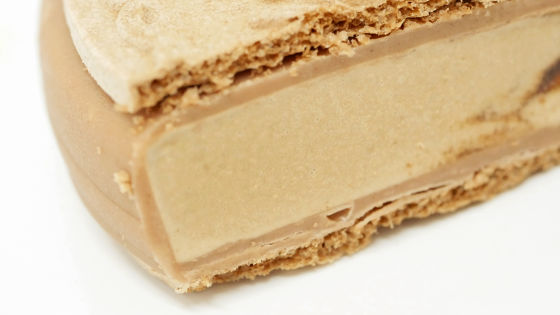 Also, you can check that "Brown sugar sauce" is included in Hojicha Ice Cream. 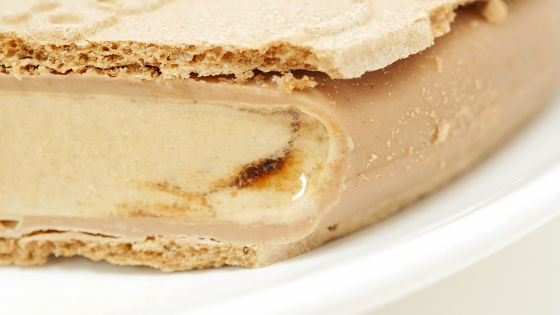 "Hojima Japanese style confectionery - Tangyu sugar tailoring" is an ice cream feels sweetness with the richness of Hojicha and richness of brown sugar. Roasted tea ice cream has a good mouthfeel and creamy feeling, the slight bitterness of hojiji has complemented the sweetness, and the depth of the taste is increasing with the gentle sweetness of the contained brown sugar sauce. When Houma tea ice cream melts in the mouth, brown sugar chocolate coaching melts with time lag, and it tells the sweetness of each. In addition, there is also a rich texture such as crisp hojiji tea wares, crispy brown sugar roasted tea coatings. In addition, "Hojima Japanese confectionery - Tango sugar tailoring" was finished in ice cream which spreads rich tea's mellow aroma from each ice cream · coating · wafer. 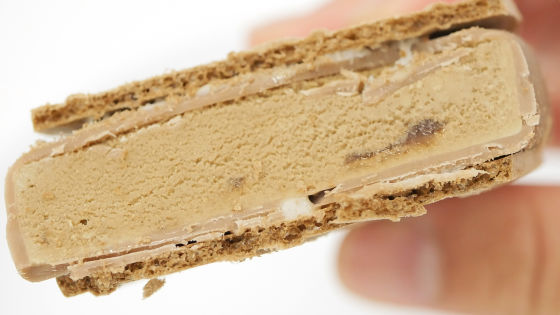