How can boys escape safely in Thai caves? 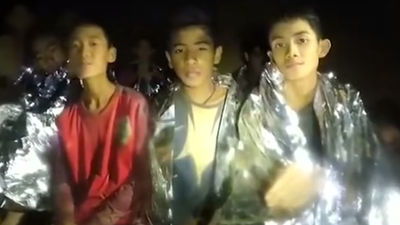 Twelve boys and football clubs in the northern cave in Thailand were missing and their coaches were found missing and found 9 days after the accident in the back of the cave. Even though all the boys are safe and crowded with their relieved chest, it is a problem that how to escape from the cave flooded with heavy rain while entering complicatedly is short-lived.

How Long Can Humans Survive in a Cave?
https://www.livescience.com/62983-thai-soccer-team-human-survival-caves.html

The situation when thirteen people, including missing boys in Thai cave, were found in the movie, more than 22 million times are played at the time of article creation.

Images of thirteen people missing in Thai cave are being released on Facebook, more than 10 million times are played - GIGAZINE 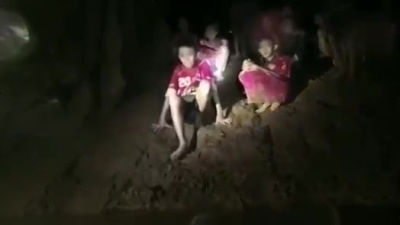 Thailand in July is rainy season, it is a period of heavy rain repeatedly in the day. As a result, the entrance to the cave was obstructed by flooding, and boys could not get out of the cave. Even if you try to save the boys from the cave, the water accumulated in the cave is cloudy, the visibility is extremely bad, and the accumulated water seems to show a violent flow. It is about 2.5 kilometers from the entrance to boys. In order to pass through this, diving technology with high difficulty called " cave diving " is required. It is like clearing a narrow and dark underwater maze by dive in the water and escape the cave. It is important whether boys without diving skills or experience can calm down without causing panic even in the water. Richard Black, an experienced cave diver, said, "13-year-old boys do not fully understand the possibility of dying themselves by diving the caves, but their understanding positively works in reverse It may be, "commented that not being able to imagine death does not cause panic due to fear conversely.

In order for the boys to safely walk through the cave, Mr. Black wants to conduct basic diving exercises such as how to breathe in the water first, while 3 to 4 veteran divers per boys are accompanied, 1 I guess that it will be possible to rescue everyone in ~ 2 days. However, Mr. Black warns that the flow of water is still strong, and the amount of water changes due to heavy rain, so we have to prepare for the possibility of sudden deterioration of the situation.

In addition, it has been found that water can not be drawn out by a pump, because not only from the entrance but also from the invisible places a lot of water is flowing in. According to BBC , if it is impossible for the boys to rescue the boys, there is a good possibility of waiting from September to October when the rainy season ends. At the same time it seems that there is also a search for another way to connect to the cave from the surrounding mountains. Mr. Andrea Rinaldi, biochemist at Cagliari University in Italy, is studying how humans adapt and work in the cave. I am studying. Mr. Rinaldi told Live Science that "Oxygen is abundant in caves hundreds of meters below, but there are indentations that are a hangout for carbon dioxide, and when the cave is dry, air Mold mold spores will be easier to drift inside and in caves in the tropics decomposition of bats' buns may cause abnormally high concentrations of ammonia in the air, so be careful with breathing. " I will. 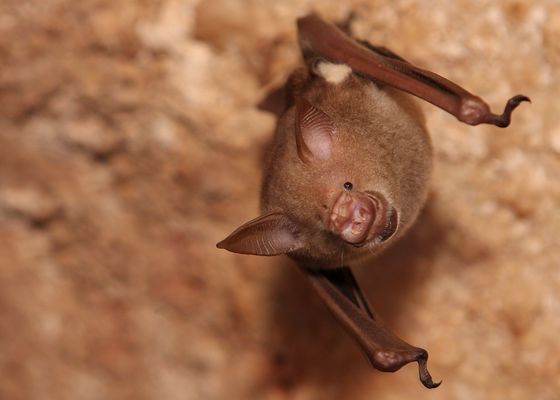 In a cold area, even if it gets wet in the water, there is a fear of hypothermia because it does not hit the sun, but since the climate of Thailand is tropical and the temperature inside the cave is not considered to be less than 20 degrees , Mr. Rinalardi speculates that he would not worry too much.

The problem is securing food and water. There are few things in the cave that will become human food. However, Mr. Rinaldi insists that "human beings can survive for weeks or even months without having to eat anything." On the other hand, "water" is a more serious problem than food. The water in the cave is almost mud, so it is impossible to drink without a filtration device. Mr. Rinalti explains that even water like dripping walls and stalactites inside the cave will not be safe unless you properly filter it. The football boys trapped in the cave in Thailand are receiving food and water from divers, so it seems like they do not have to worry about this part.

In addition to the physical problem of being trapped in a cave, there are also psychological problems. The situation that the food is trapped in the dark with little food is mentally burdened with considerable burden. In the first impression when the rescue team discovered the boy of the football team, the boys said they had not panicked in particular, Mr. Rinaldy said "The trapped boys are team mates, isolated alone It was saving that not being done. "

It should be noted, Ekapomu who serves as the coach of the soccer team has served as a priest for 10 years, 9 days until it is discovered, and instructed not to exhausting to the boys, and had recommended the meditation has been reported . It is thought that Mr. Ekapom's decision was successful in that boys did not panic and were mentally stable this time. According to the BBC, it is said that telephone lines will be set up in the cave so that boys trapped can talk to the family outside.

People from all over the world drink and conscience watching when boys are rescued from the cave. Whatever the way, you have to safely escape from the cave and pray that boys will be able to return to their families as soon as possible.