How is the court accredited 'fair use' of fair use of copyrighted works on the Internet? 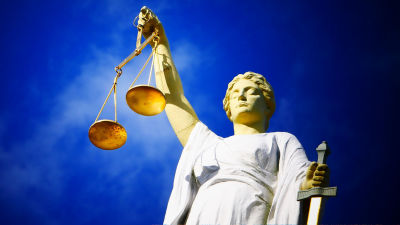 The act of duplicating (copying) copyrighted material uploaded on the Internet and displaying it on your site is strictly a copyright infringement. Even in the case of unauthorized use in the United States, illegality is obstructed and use is OK if it is accepted as " fair use ", and the court judges whether it is fair use by establishing four standards.

Basically it is not permitted to use other people 's photos on the Internet if the copyright owner does not allow the use of the copyrighted work by CC license etc etc. As an exception to this, "American fair use" is allowed under American law, and it is common in the United States that defendants bring fair use as a defense in the case that copyright infringement is contested in lawsuits and the like.

The US Copyright Law sets forth the following four requirements as a judgmental factor as to whether or not it corresponds to fair use.

With regard to these four requirements, we can understand how the court finds facts and what kind of decisions are made with specific precedents.

Mr. Blarmer's work that this was used without permission. On the site of Violent Hues, the pictures were posted in trimmed form. In this case, the court judged that "fair use, copyright infringement has not been established", but the four requirements are considered as follows.

About 1 - First of all, in the usage form of the photograph, Violent Hues is a "informational" thing for photographs such as festival participants for providing information on the area. In addition, the site of Violent Hues was for non-commercial purposes, and the pictures were not used for the purpose of raising the product's advertisement and profit.

About 2 <br> The problem picture is a fact that includes creative elements such as exposure and shutter speed, but the essence depicts the actual landscape. It can be said that it is closer to "fact" than "creative thing".

· About 3
Violent Hues cut out the picture of the problem and does not use it beyond the limit necessary to achieve the objective of conveying the "real meaning" of the photograph.

· About 4 - Plaintiff has proved six cases that received the usage fee of the photo of the problem, but at least two of them have occurred after unauthorized use of Violent Hues. From here it can be inferred that it does not affect the potential market value. Also, Violent Hues does not earn income by duplicating and selling photos themselves, it can not be said that they have robbed the potential market.

The court does not judge only the four requirements, but also takes various circumstances into consideration. Specifically, "There were cases where Brammer permitted the use of the photograph without the copyright notice" "Violent Hues has grounds that he believed that the photo was publicly available and could be used without permission "It is judged that" We have taken serious measures, such as removing pictures immediately after receiving indications of copyright infringement ".

Based on the above comprehensive judgment, the court judges that fair use will be established in this case and not copyright infringement.

The court's method of finding facts and judging the importance of the four requirements are different in each court, and factors to be taken into consideration are various, and it can not deny that judgment of fair use has a "case by case" aspect. Therefore, basically it is important to stop using unauthorized use of others' copyrighted work and ask permission, use it according to the method of use requested by CC license.