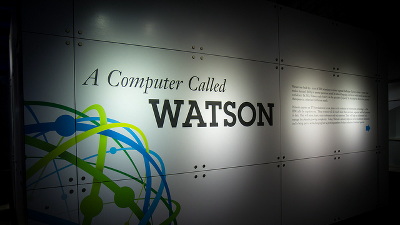 The artificial intelligence developed by IBM " Watson " has been devised a recipe for strange dishes on behalf of humans, and it is introduced secretly as a teaching assistant for college students, etc. Based on high language cognitive ability and learning ability, various uses A method has been found. Especially noteworthy is the application in the medical field such as application to cancer treatment, but former employees layoff (temporarily dismissed) IBM can not fully utilize Watson, I am clarifying the current situation that the route is not established.

In the second half of May 2018, IBM laid off employees of "Watson Health" department that utilizes Watson in the medical field. Although the number of specific employees who are laid off have not been revealed, the majority of which IBM's acquisition aimed at the fusion of AI and medical Phytel , Explorys , Truven it was the employees who joined the IBM from It has been revealed.

A former employee who was temporarily laid off by IBM talks about the actual situation of Watson utilization at IBM to the IEEE Spectrum on condition that it is anonymous, considering stopping of dismissal allowance. According to the former employee, "While IBM's Watson has excellent artificial intelligence technology," "But it's like you do not know how to walk, even though you have got nice shoes. I can not find out how to use Watson. " The three companies Phytel, Explorys and Truven were acquired by IBM from 2015 to 2016, and the process called "Bluewashing" was advanced. IBM is also known as "Big Blue", and Bluewashing means "merged into IBM's corporate style." The former employee pointed out that "everything has stopped" in the process. Each company has made a remarkable achievement in each field and has contributed greatly to the evolution of new medical services using AI, but it says that when it is bought and joined by IBM, its past has been lost . Another former employee recalls that "people concerned gathered together and got together without doing anything for a year as it was".

Employees who were laid off will not be troubled by the next job, given the career they have made. One former employee said, "IBM has excellent potential, but in modern business it has to get on that trend, otherwise employees will go out," and furthermore " The winner is not IBM. "