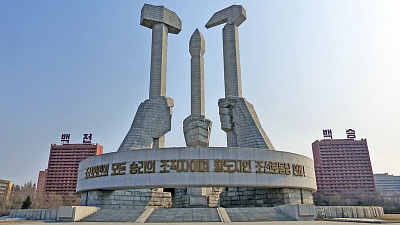 President Trump of the United States who had been contaminated once dirty and Kim Chairman of North Korea opened a "talks of the century" and signs of a big change in the Korean Peninsula situation are appearing, Mark Mobias Mr. Kim said in an interview that "North Korea is a tremendously major opportunity for investment."

Mr. Mobius, Chairman of the Emerging Country Investment Team at a major American investment company "Franklin Templeton Investments", is paying attention to North Korea's infrastructure situation and underground resources and is finding prospects. The population of North Korea is 25 million people, and adding it to the population of 50 million in South Korea makes the market size all at once 1.5 times.

Mobias said about this situation, "It will be a big market, and the most interesting thing for me is that North Korea has connections with South Korea, China, and Russia, This is because there will be a transport network of railroads and roads connecting to China and Russia, which is a tremendous business opportunity. "

Economic analysts who have described the potential of North Korea have been far away from other countries, while many have focused on North Korea's labor force, which is numerous, controlled, relatively inexpensive There was a voice questioning whether Western countries could catch up economically by the influence of that. Mr. Mobias seems to have a firm evaluation on the basic physical strength of North Korea. "North Korea will catch up very soon, because North Korea's educational background is good and there is enough ability to develop nuclear weapons, so that North Korea catches up with other countries very soon I think that Korea will help it. "

Also, Mr. Mobius is paying attention similarly, it is an underground resource that is sleeping in the North Korean national land. The North Korea research institute in Seoul announced in 2013 that it is estimated that North Korea is buried in mineral resources at the level of 6 trillion dollars (about 660 trillion yen). However, on the other hand, there are situations where there is not enough infrastructure to utilize the resources. Situation that in order to transport to purify the mineral resources dig is the logistics network is essential, the development has not progressed at all to North Korea, First of all things can not proceed to be careful to not hand in this part I say that there is.

Nonetheless, Mr. Mobias seems to have found a business opportunity in "North Korea's growth". If good or bad is North Korea which was "untouched" and "undeveloped land" was released in earnest, if the economy developed and the country became rich, it talks about the possibility of growing large with the abundant resources backed up I will.