How was the hat of the Moai statue set up? 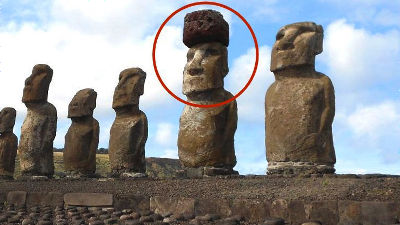 In the Moai statue of Easter Island there is a huge red stone called "Pucao" covered like a hat. Pucao weighs as much as 12 tons and has been regarded as one of the mysteries of Easter Island as it is believed that it was an extremely difficult task to put on a head after making a Moai statue. The research team of Karl Lipo et al., Who is a professor of anthropology at the State University of New York at Binghamton, is said to have succeeded in unraveling the method of transporting Puca, which had been considered a mystery until now.

The Mystery of How Easter Island Statues Got Their Colossal Hats Might Finally Be Solved
https://www.sciencealert.com/we-finally-know-how-easter-island-statues-got-colossal-headwear-moai-pukao-hats-parbuckling

Mr. Lipo says, "There are many mysteries of Easter Island, but it is largely divided into two, one is how to move Moai statue, and the other mystery is huge It is about how to put the stone hat ", he says that there are roughly two mysteries on Easter Island.


About the second mystery "About how you carried Pucao", research team of Lipo et al. Is conducting a survey using 3D model. The research team collected 50 pieces of Pucao on Easter Island and its material redScoriaWas constructed into the same cylindrical shape as that of Pucao and we analyzed how the Pucao was transported from scratches on the surface and so on.

Then it became clear that the people of those days made long slopes that continued to the head of the Moai statue, and pulled the Pucao made from the quarry to the top of the slope.

The method of transportation was also very devised, and it was presumed that people had fixed the rope to the tip of the slope and pulled up the cylindrical type of Pucao in the manner of the image below. Using this method, even when pushing up the maximum size of 12 tons of Pucao, it is known that it can be lifted by a force of 15 people or less, and it has been clarified that an efficient conveying method was adopted I will. 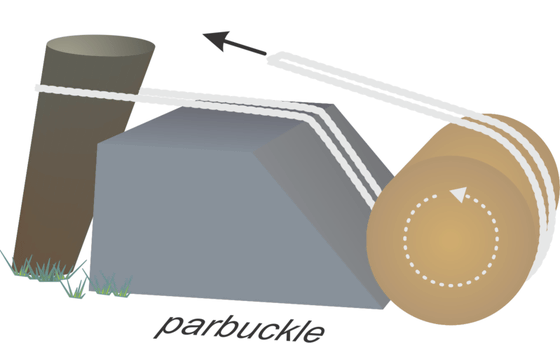 According to Mr. Lipo's two transportation methods so far, in the past the residents of Easter Island did not need a huge number of people to build and transport Moai and Pucao. The "evidence that people were living efficiently" shown in this research is considered to be one of the reasons for the destruction of the Easter Island civilization. "Because of the population explosion, natural resources are exhausted and civilization It has become a thing to question the theory that it is "collapsed."